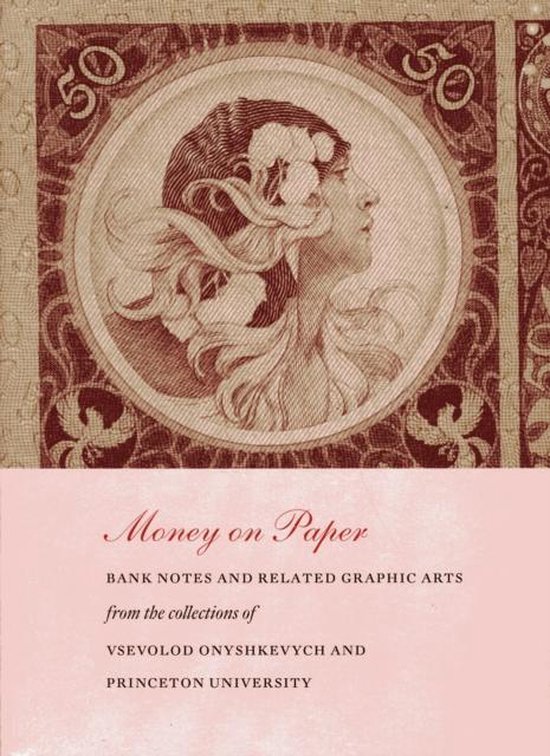 Paper money as a form of art might seem the makings of a rather small exhibition, to judge from the modern bills of the United States and Europe. Bank notes, however, have constituted one of the dominant forms of visual communication for the past two centuries and, in many cases, can be seen as works of art in their own right. Money on Paper: Bank Notes and Related Graphic Arts from the Collections of Vsevolod Onyshkevych and Princeton University is the catalogue of an exhibition at the Leonard L. Milberg Gallery for the Graphic Arts, Firestone Library, Princeton University, from August 30, 2010, through January 2, 2011. It contains a full catalogue of the bank notes on display with colour photographs of many of them, written by Princeton's Curator of Numismatics, Alan M. Stahl. There are three additional illustrated essays in the catalogue. Mark Tomasko, author of The Feel of Steel; The Art and History of Bank Note Engraving in the United States , writes on Bank Note Engraving in the United States. Francis Musella, a Princeton University undergraduate, has contributed an article on Benjamin Franklin's Nature Printing on Bank Notes. The volume also contains an edited version of the newsmaking article by Robert Peck and Eric P. Newman entitled Discovered! The First Engraving of an Audubon Bird.