The Yerushalmi--The Talmud of the Land of Israel 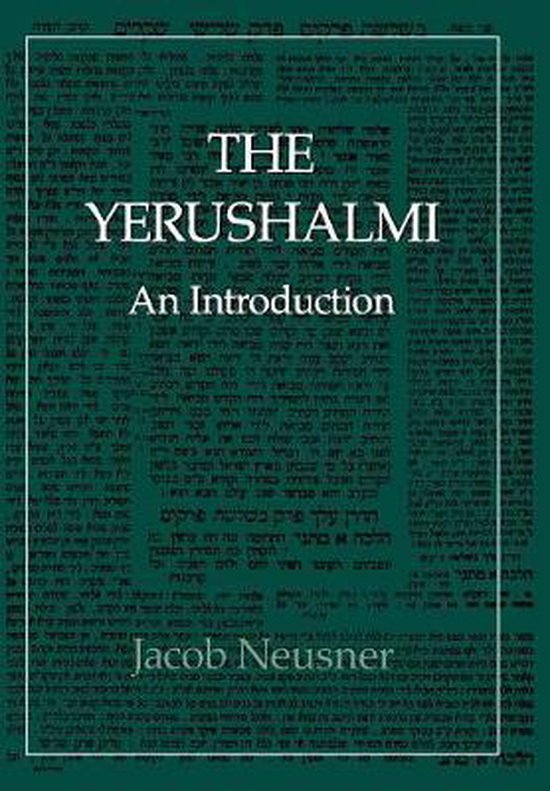 The Yerushalmi, also known as the Jerusalem Talmud or the Talmud of the Land of Israel, is the lesser known and lesser studied of the two Talmuds of Jewish tradition. The "talmud" that is generally studied, the one that has had the most profound influence on Jewish life and culture, is actually the Bavli, or Babylonian Talmud. These two Talmuds, developed in different parts of the Jewish world nearly two millennia ago, differ in many ways, despite the fact that they are both structured as Jewish oral law as set forth by Rabbi Judah the Prince.
The Yerushalmi, famous for its incomprehensibility, consists of hundreds of pages of what Dr. Jacob Neusner calls "barely intelligible writing." In The Yerushalmi - The Talmud of the Land of Israel: An Introduction, Dr. Neusner, regarded by some as one of the foremost Jewish scholars today, offers the first clear and careful booklength study of this important document, and he provides the modern reader with a rich understanding of its history, its content, and its significance.
As Dr. Neusner explains, "The Yerushalmi has suffered an odious but deserved reputation for the difficulty in making sense of its discourse. That reputation is only partly true; there are many passages that are scarcely intelligible. But there are a great many more that are entirely or mainly accessible." In this groundbreaking introduction to the Yerushalmi, Dr. Neusner looks at the Talmud of the Land of Israel as literature and then deals with its three most important topics: the sages, Torah, and history.
In his engaging preface, Dr. Neusner invites his readers to think about the excitement generated by the discovery of the Dead Sea Scrolls in 1947. He then compares that significant discovery to the kind of reaction that would be inspired if a document like the Yerushalmi were found in the same kind of hillside cave: Consider in your mind's eye the sensation such a discovery - the sudden, unanticipated discovery of the Yerushalmi - would cause, the scholarly lives and energies that would flow to the find and its explication.... To call the contents of that hillside cave a revolution, to compare them to the finds at Qumran, at the Dead Sea, or at Nag Hammadi, or to any of the other great contemporary discoveries from ancient times, would hardly be deemed an exaggeration. The Yerushalmi is just such a library.
The Yerushalmi - The Talmud of the Land of Israel: An Introduction is the third in Dr. Neusner's series of introductory volumes on classical rabbinic literature.