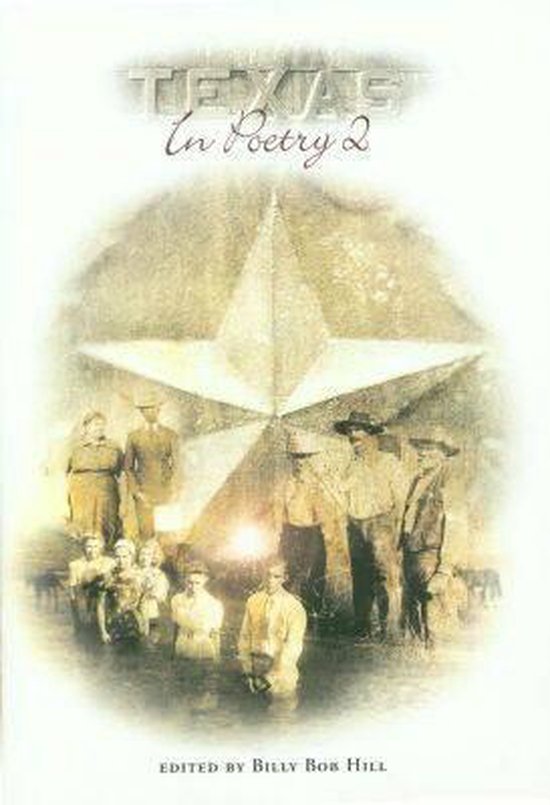 Texas in Poetry can be read straight through as a commentary on life in the Lone Star State. Or it can be read a poem or author at a time. But if read straight through from I'll Take Texas to No Quittin's Sense the whole Texas experience as seen by more than a hundred poets cannot fail to make an impact on the reader. Editor Billy Bob Hill includes such poets as Mirabeau B. Lamar, a Texas president and poetaster from the days of the Republic; Berta Harte Nance, author of the centennial poem that begins Other states were carved or born/But Texas grew from hide and horn _lines that furnished at least one book title and occasioned a number of parodies. And, of course, one poem about Texas that is magnificent in its awfulness, Laska, with memorable lines like Scratches don't count/in Texas down by the Rio Grande. But most of the poems in this large, handsome volume are much superior to the representative early poems included. All the well-known poets in the state are included_writers like Walter McDonald, Betsy Colquitt, and Vassar Miller_as well as newer writers. Nor has the editor failed to offer a generous sampling of the state's best minority voices_Carmen Tafolla, Rolando Hinojosa, Lorenzo Thomas, Jas. Mardis, Ray Gonzalez, and Teresa Paloma Acosta. The volume is divided into sections with titles suggested by well-known books by Texas authors. Some of the sections are I'll Take Texas (from Mary Lasswell's book); Faces of Blood Kindred (William Goyen's original title); This Stubborn Soil (from the first volume of William A. Owens's autobiography); and, from A. C. Greene's memoir about West Texas, A Personal Country. Texas in Poetry is a revised and updated edition of Hill's popular and definitive Texas in Poetry: A 150-Year Anthology. In this volume, as in the previous edition, Hill presents a selection of representative Texas poems from the early days of the colony to the beginning of the twenty-first century. Included in the volume are some bad but famous old-time poems, but most of the selections compare favorably with the best poetry being written today.