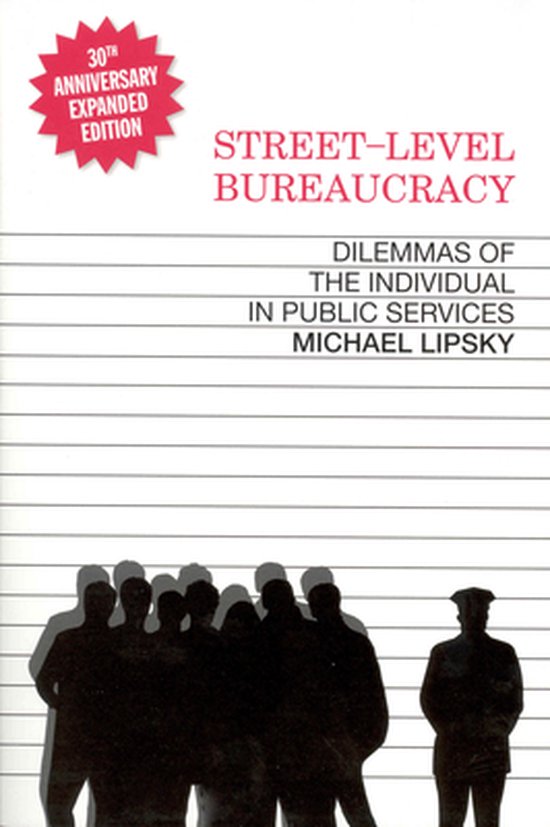 First published in 1980, Street-Level Bureaucracy received critical acclaim for its insightful study of how public service workers, in effect, function as policy decision makers, as they wield their considerable discretion in the day-to-day implementation of public programs. Three decades later, the need to bolster the availability and effectiveness of healthcare, social services, education, and law enforcement is as urgent as ever. In this thirtieth anniversary expanded edition, Michael Lipsky revisits the territory he mapped out in the first edition to reflect on significant policy developments over the last several decades. Despite the difficulties of managing these front-line workers, he shows how street-level bureaucracies can be and regularly are brought into line with public purposes. Street-level bureaucratsfrom teachers and police officers to social workers and legal-aid lawyersinteract directly with the public and so represent the frontlines of government policy. In Street-Level Bureaucracy, Lipsky argues that these relatively low-level public service employees labor under huge caseloads, ambiguous agency goals, and inadequate resources. When combined with substantial discretionary authority and the requirement to interpret policy on a case-by-case basis, the difference between government policy in theory and policy in practice can be substantial and troubling. The core dilemma of street-level bureaucrats is that they are supposed to help people or make decisions about them on the basis of individual cases, yet the structure of their jobs makes this impossible. Instead, they are forced to adopt practices such as rationing resources, screening applicants for qualities their organizations favor, "rubberstamping" applications, and routinizing client interactions by imposing the uniformities of mass processing on situations requiring human responsiveness. Occasionally, such strategies work out in favor of the client. But the cumulative effect of street-level decisions made on the basis of routines and simplifications about clients can reroute the intended direction of policy, undermining citizens' expectations of evenhanded treatment. This seminal, award-winning study tells a cautionary tale of how decisions made by overburdened workers translate into ad-hoc policy adaptations that impact peoples' lives and life opportunities. Lipsky maintains, however, that these problems are not insurmountable. Over the years, public managers have developed ways to bring street-level performance more in line with agency goals. This expanded edition of Street-Level Bureaucracy underscores that, despite its challenging nature, street-level work can be made to conform to higher expectations of public service.