Beyond the Education Wars 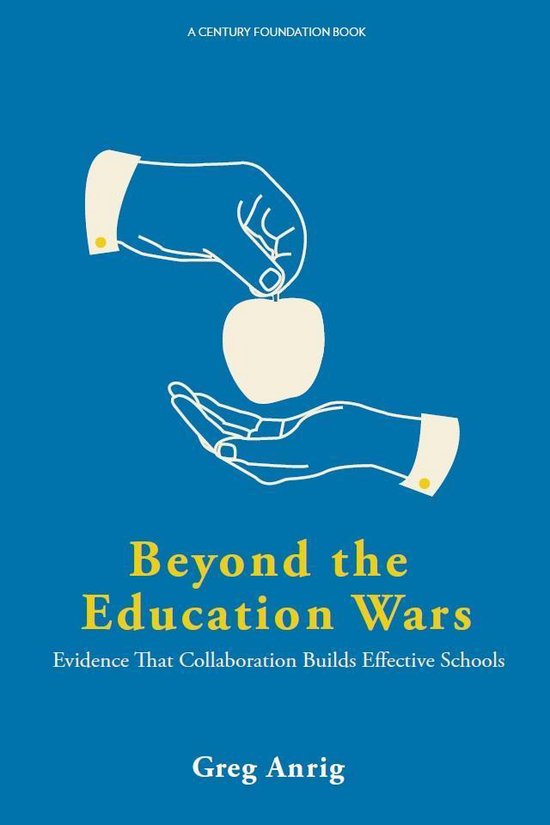 ''Beyond the Education Wars is filled with wisdom. Its thoughtful review and analysis of both research and specific case studies is first rate. It has been said that many of the most debated issues are the ones with the least effects. Anrig's book calls attention to what matters. I hope now that at the national, state, and local levels we will begin to devote much more energy and time to factors that actually improve student learning.'' – Richard DuFour, former principal, Adlai E. Stevenson High School, and district superintendent in Lincolnshire, Illinois; author of Whatever It Takes: How Professional Learning Communities Respond When Kids Don't Learn ''Beyond the Education Wars is the welcome exception to the usual bloviating about school reform because it injects research about what actually works into this conversation. If schools are going to succeed, Anrig's examples show that teachers must break free from the traditional model of unsplendid isolation, with each teacher a Queen Victoria in her classroom. They must collaborate with one another. For that to happen, schools have to set aside time for teachers to work together and support their work. Collaboration may make it harder to calculate an individual teacher's "value-added," and so the test score-obsessed won't like it, but the evidence shows that it makes for better education.'' – David L. Kirp, public policy professor at UC–Berkeley and author of Improbable Scholars: The Rebirth of a Great American School System and a Strategy for America's Schools While the "education wars" dominate media coverage of school reform debates, largely unnoticed research is mounting that student outcomes are strongest in districts pursuing intensive collaboration among teachers and administrators—the inverse of the conflicts that attract so much attention. In contrast to the traditional institutional design of schools dating back to the nineteenth century—in which each teacher has enormous autonomy, isolated in a classroom working under a rigid administrative hierarchy—many of these successful public schools share the traits of modern, high-performance workplaces, fostering cultures built on teamwork and a shared sense of mission. Beyond the Education Wars: Evidence That Collaboration Builds Effective Schools presents the best available research examining the connections between student outcomes and organizational practices, as well as case studies of districts that broke free from the ideological trenches that have proven to be so unproductive. Looking closely at the example of school systems like those in Cincinnati, Ohio, and Union City, New Jersey, the book explores why these and other districts have had great success in reshaping their schools so that they function more like sports teams or medical residencies, with regular observation, coaching, and mentoring that helps educators to continually improve their instruction skills and techniques. Drawing a comparison to similar research in the health care sector, where cost-effective medical institutions have greatly improved their performance by deviating from traditional hierarchical systems toward more deeply collaborative approaches, Anrig argues that future school reform efforts should emulate a similar model for change. Instead of blindly pursuing currently popular reform ideas, which only exacerbate counter-productive conflicts between administrators and teachers, educators should adopt initiatives that transform the culture of education so that it embraces greater collaboration, communication, and shared problem-solving.