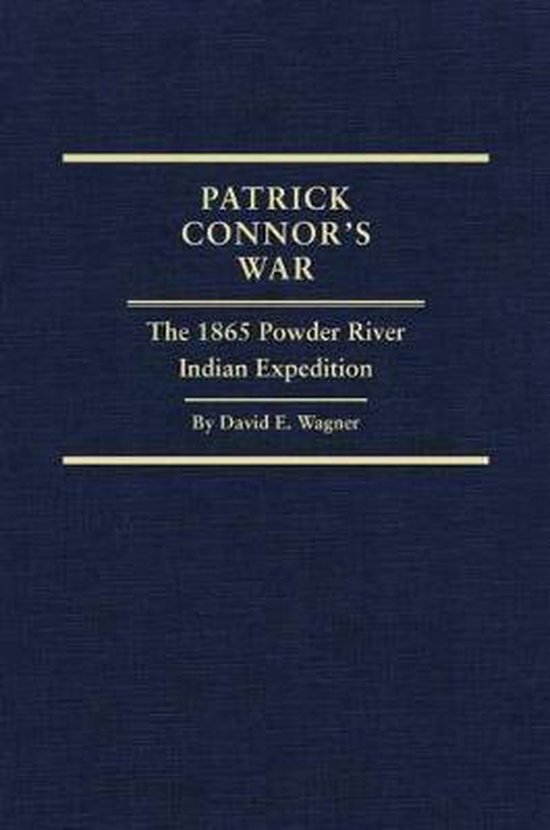 The summer of 1865 marked the transition from the Civil War to Indian war on the western plains. With the rest of the countryĀ’s attention still focused on the East, the U.S. Army began an often forgotten campaign against the Sioux, Cheyenne, and Arapaho. Led by Gen. Patrick Connor, the Powder River Indian Expedition into Wyoming sought to punish tribes for raids earlier that year. Patrick ConnorĀ’s War describes the troopsĀ’ movement into hostile territory while struggling with bad weather, supply shortages, and communication problems.

David E. WagnerĀ’s carefully assembled account carries readers along the trail of ConnorĀ’s men and allows soldiers to give firsthand impressions of the land and campaign. The author draws on journals, letters, and reportsĀ—especially the James H. Kidd Papers, a copy of ConnorĀ’s expedition report previously believed burned, and the newly discovered C. M. Lee diaryĀ—to reconstruct a day-by-day chronology that finds the men trudging, sometimes barefoot and half starved, over unforgiving terrain. The thrill and danger of buffalo hunts and skirmishes with Indians punctuated an arduous trek across the northern plains.

Copious maps tie narrative to topography by plotting ConnorĀ’s route and the paths of the units under him. Also included is a detailed account of the civilian road-building expedition of James Sawyers, whose fate became intertwined with the Powder River expedition. Two dozen illustrations and biographical sketches of main players round out the work.

This first major campaign of the postĀ–Civil War Indian wars has been largely overlooked by historiansĀ—but should be no longer. Patrick ConnorĀ’s War breaks new ground by bringing the expedition to life in fascinating detail that will satisfy scholars and engage general readers.