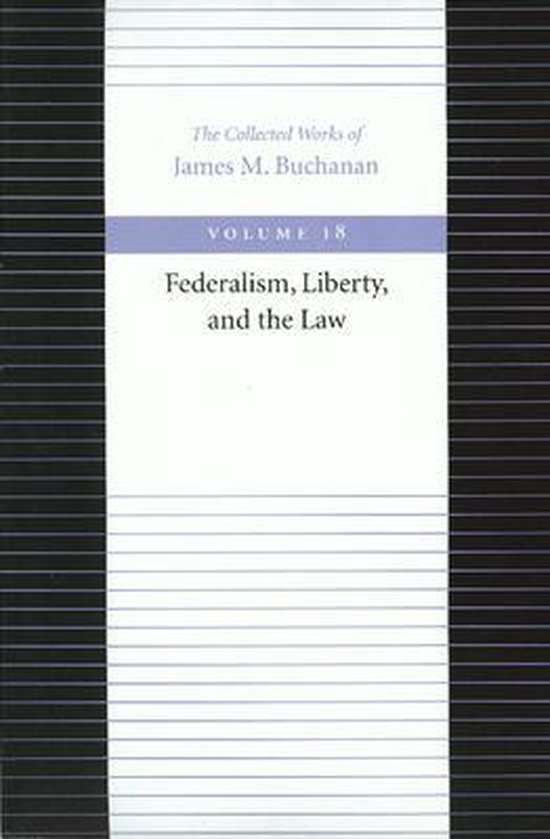 As diverse as the papers presented in this volume may seem at first glance, all of them touch on two characteristic themes of James Buchanans work: the respect for individual sovereignty and the threat of monopoly power on the rights of the individual.

In his foreword, Hartmut Kliemt says, As opposed to more extreme and more utopian libertarians, [Buchanan] well understands that in our world it takes a state to defend the individual from the state. Buchanan, therefore, is not an anarchist but, rather, what may be called a reluctant anarchist who accepts both that the state is the greatest threat to individual sovereignty and that without some statelike monopoly, individual sovereignty cannot be protected.

The twenty-six essays included in Federalism, Liberty, and the Law are grouped into these categories:

The central issue that unites the pieces in this volume is monopoly power and its control. As a libertarian, Buchanan sees government as the greatest threatand also the greatest protectorof individual liberties.

James M. Buchanan (19192013) was an eminent economist who won the Alfred Nobel Memorial Prize in Economic Sciences in 1986 and was considered one of the greatest scholars of liberty in the twentieth century.