And They Called It Horizon, Santa Fe Poems 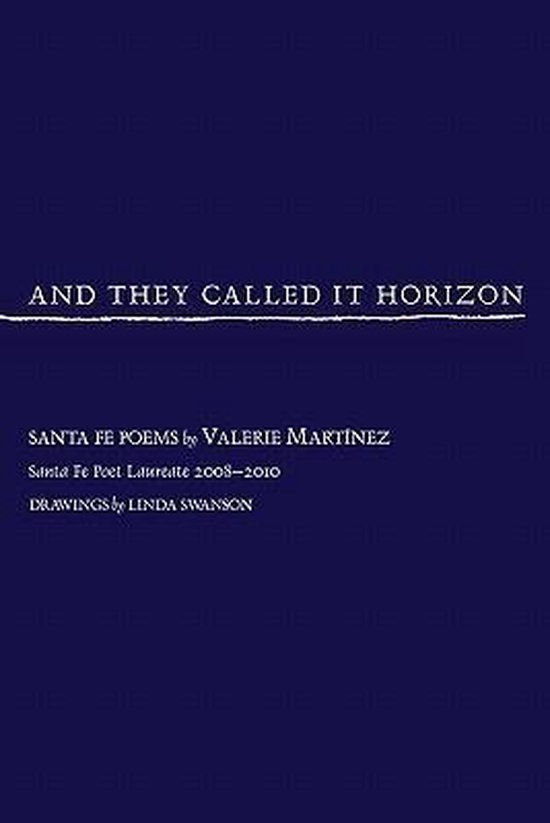 During her two-year tenure as Santa Fe’s Poet Laureate, award-winning poet Valerie Martínez appeared at over 50 public events—in schools, museums, cafés, galleries; in public parks and local banks and libraries; for children, youth, adults, and families. While traversing the city, she wrote about it—occasional poems, meditations, narratives, lyric poems that capture the present and past of the capital city and its people, all collected here, in this volume. The title poem imagines the creation of the land and its people and unfolds forward to the present. “Blue Winding, Blue Way” watches the Santa Fe River as it threads through the city. “History, Apology” tries to grapple with complex issues of history and race, and “Days Like This” captures the whimsy and resonance of the annual Pet Parade. There is a poem for everyone in this book, and those who love Santa Fe (residents and visitors, alike) will trace the city’s streets as they read, find themselves at familiar street corners and buildings, and navigate the historical, cultural and social issues that lie at the center of community life. Drawings by Linda Swanson (whose work is in the permanent collections of The Brooklyn Museum and The Newark Museum) accompany the poems and capture the tenderness and beauty of families. VALERIE MARTINEZ is the author of four books of poetry and one book of translations (selected poems of Uruguay’s Delmira Agustini). Her poems have appeared widely in journals, anthologies and magazines. She was the Poet Laureate for the City of Santa Fe from March 2008 to March 2010.