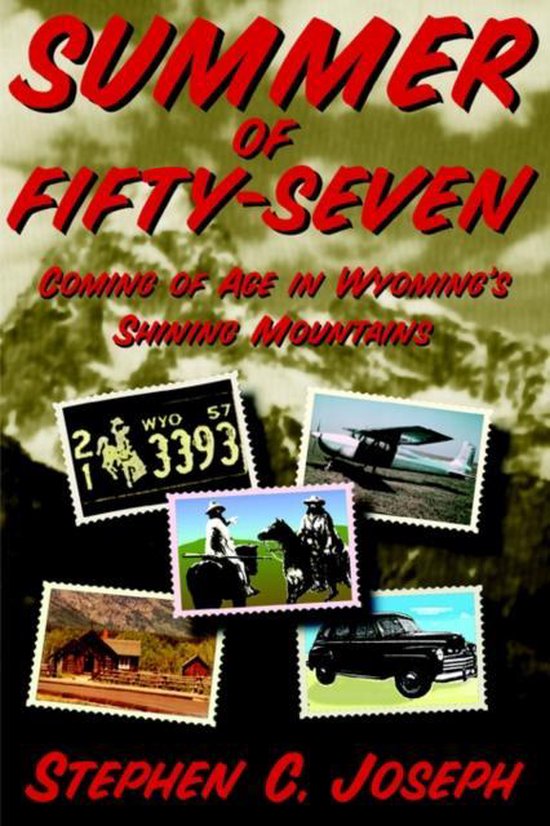 "Stop the car, I mean, slow down, please. Do you think there might be any work around here, Mister?" Steve Jonas is 19 years old in the summer of 1957, riding his thumb north and west. He hitches into the two-horse town of Jackson, Wyoming in a June snowstorm, and comes face to face with the Grand Teton Range, the "peaks that shine by night as by day." Jonas finds work in the National Park, building the mountain trail that is to shape the course of his coming-of-age. It is the late 1950s, a more innocent and sweeter time than the turbulent decades to come, but the realities and aspirations of a young man in summer are as always: work, adventure, romance, conflict. Characters larger than life fill his days and nights: Dick Robbins, the backcountry expert who can do absolutely anything, including fly; Nebraska cowboy Jim Burdock, with the trick of looking fast, but actually moving slow; the haunting, enigmatic Kitty, just out of reach. And towering above the others, Billy Jiggs from Driggs, Idaho, profane master of men, and timber, and (surprisingly) music. In the background are the ghosts of two free-trapping Mountain Men from the 1830s, still on the move. As Jonas finds (and occasionally loses) his way in this country of the heart, as the trail moves forward yard by yard, the seeds of his future life-trail take fire, root, and blossom. STEPHEN C. JOSEPH began his life in medicine as Peace Corps Physician in Nepal. Later, he spent three years in Central Africa with a team establishing a new medical school. He has been Chief of Pediatrics in a remote northern Canadian health zone, and a senior professional with both UNICEF and the Agency for International Development. Dr. Joseph was also Commissioner of Health of the City of New York (his book on the early years of the AIDS epidemic, "Dragon Within the Gates," was published by Carroll and Graf), Dean of the University of Minnesota School of Public Health, and Assistant Secretary of Defense for Health Affairs. He is an elected member of the National Academy of Science's Institute of Medicine, and a former Executive Board Chair of the American Public Health Association. An avid outdoorsman (though born in Brooklyn), Dr. Joseph resides in Santa Fe, New Mexico with his wife, Elizabeth Preble, and their dogs and llamas.