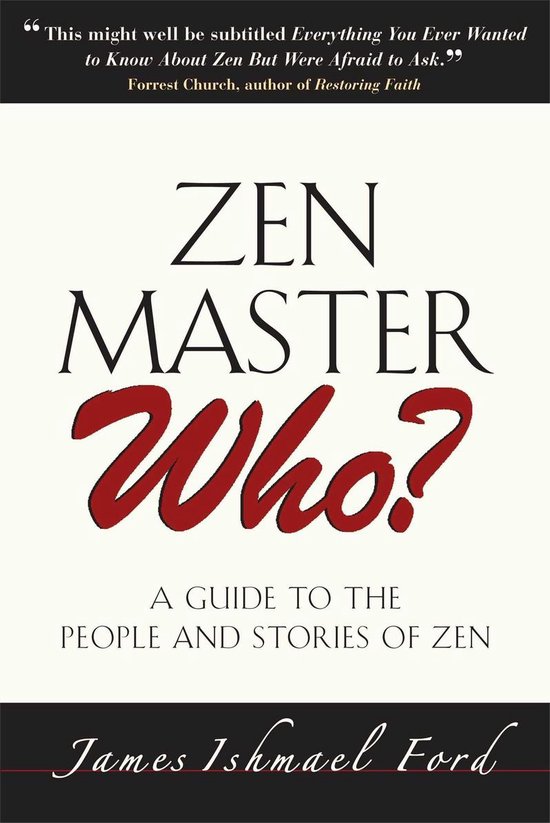 Zen Master Who? is the first-ever book to provide a history of Zen's arrival in North America, surveying the shifts and challenges to Zen as it finds its Western home. With the exception of parts of Rick Field's How the Swans Came to the Lake, there has been no previous attempt to write this chronicle.

James Ishmael Ford begins by tracing Zen's history in Asia, looking at some of Zen's most seminal figures--the Sixth Ancestor Huineng, Dogen Zenji (the founder of the Soto Zen school), Hakuin Ekaku (the great reformer of the Rinzai koan way), and many others--and then outlines the state of Zen in North America today. Clear-eyed and even-handed, Ford shows us the history and development of the institution of Zen--both its beauty and its warts.

Ford also outlines the many subtle differences in teachings, training, ordination, and transmission among schools and lineages. This book will aid those looking for a Zen center or a teacher, but who may not know where to start. Suggesting what might be possible, skillful, and fruitful in our communities, it will also be of use to those who lead the Zen centers of today and tomorrow.