A Time of Tyrants 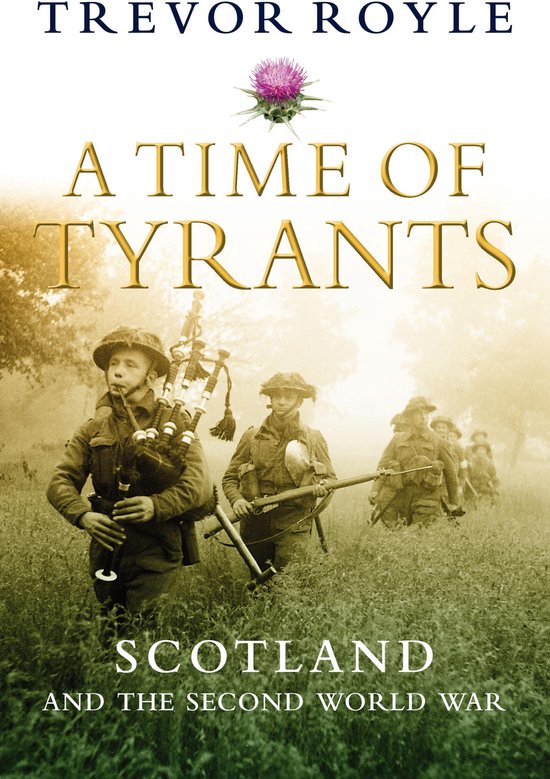 In this book acclaimed military historian Trevor Royle examines Scotland's role in the Second World War from a wide range of perspectives. Throughout the conflict the country's geographical position gave it great strategic importance for importing war matériel and reinforcements, for conducting naval and aerial operations against the enemy and for training regular and specialist SOE and commando forces. Scotland also became a social melting pot with the arrival of Polish and numerous European refugees, whose presence added to the communal mix and assisted post-war reconstruction. The role played by women was also essential to the war effort: for the first time they were conscripted and worked on the land, in forests and in munitions factories such as the huge Rolls-Royce complex at Hillington. In addition to the important military aspects - the exploits of the Army's renowned 15th Scottish, 51st Highland and 52nd Lowland Divisions in Europe and North Africa and the role played by the RAF and the Royal Navy from Scottish bases, for example - Scotland was also vital as an industrial powerhouse and acted as the nation's larder. Culture, too, flourished, with a new generation of poets supporting Hugh MacDiarmid's Scottish Renaissance movement, which promoted the aims of Scots as a literary language. At the end of the war the new sense of internationalism encouraged the creation of the Edinburgh International Festival, which encapsulated the optimism that a brave new world was emerging. The war had a huge impact on politics, with national centralization achieved through the Scottish Office and the Scottish Grand Committee under the able guidance of Secretary of State Tom Johnston, who launched numerous initiatives to help the war effort and to create jobs. With the emergence of the post-war Labour government and the welfare state, nationalism went into decline and the dominance of socialism, especially in the west, paved the way for the command politics which dominated Scotland for the rest of the century. Based on previously unseen archives in the National Archives of Scotland, A Time of Tyrants is the first comprehensive history of the unique part played by Scotland and the Scots in the global war to defeat Nazi Germany and Imperial Japan.