Stability and Stabilization of Nonlinear Systems 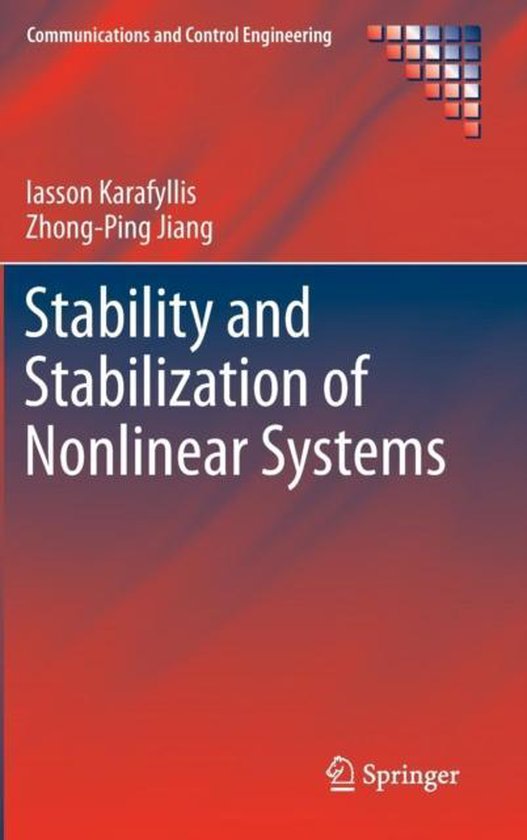 Recently, the subject of nonlinear control systems analysis has grown rapidly and this book provides a simple and self-contained presentation of their stability and feedback stabilization which enables the reader to learn and understand major techniques used in mathematical control theory. In particular: the important techniques of proving global stability properties are presented closely linked with corresponding methods of nonlinear feedback stabilization; a general framework of methods for proving stability is given, thus allowing the study of a wide class of nonlinear systems, including finite-dimensional systems described by ordinary differential equations, discrete-time systems, systems with delays and sampled-data systems; approaches to the proof of classical global stability properties are extended to non-classical global stability properties such as non-uniform-in-time stability and input-to-output stability; and new tools for stability analysis and control design of a wide class of nonlinear systems are introduced. The presentational emphasis of Stability and Stabilization of Nonlinear Systems is theoretical but the theory's importance for concrete control problems is highlighted with a chapter specifically dedicated to applications and with numerous illustrative examples. Researchers working on nonlinear control theory will find this monograph of interest while graduate students of systems and control can also gain much insight and assistance from the methods and proofs detailed in this book.