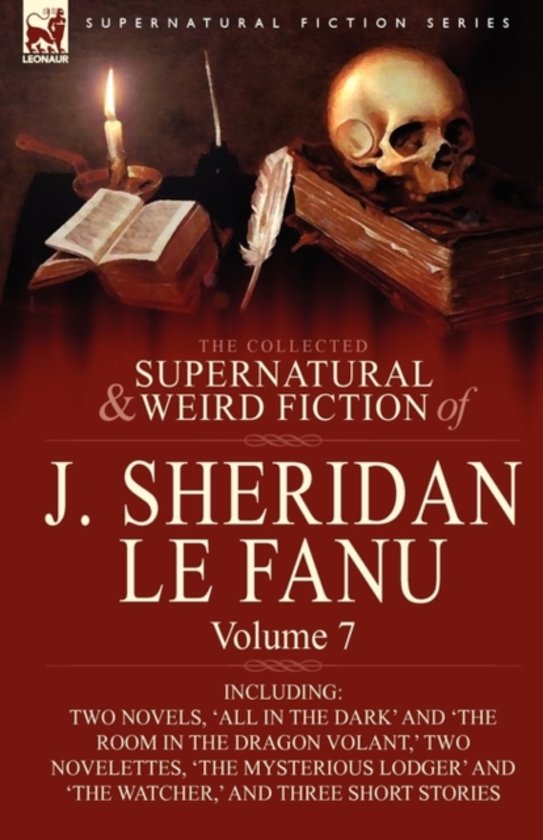 The first volume of an eight book collection from 'the grandfather of the ghost story'
Whilst many highly regarded writers have created collections of strange and supernatural fiction and several other authors are now primarily known for their literary efforts within this genre, the author of this large collection surely stands alone. Not only is his body of supernatural and gothic fiction extremely substantial, he wrote ghost and horror fiction if not exclusively then certainly as the subject matter of the overwhelming majority of his considerable literary output. His authorship of novels and stories of the other worldly began from the first part of the nineteenth century making him one of the earliest specialist exponents of the genre in the 'modern' period. He is widely regarded as a master of his craft, and it is certain that once he had set out to create a thrill or chill in the minds of his reader one was sure to follow J. Sheridan Le Fanu was without doubt the premier writer of ghostly fiction during the Victorian age and his influence on the genre can be seen in the work of his peers and those who followed after. An Irishman, in 1861 Le Fanu became the editor of the 'Dublin University Magazine' and this gave his fiction ready access to the public. 'The House by the Churchyard' and 'Wylder's Hand' were originally published in the magazine. This special Leonaur edition of Le Fanu's weird and supernatural fiction runs to 8 substantial volumes and is possibly the most comprehensive collection of his work yet assembled. It includes his highly regarded novels and a plethora of shorter works designed to provoke fear and horror among his dedicated aficionados.
This volume contains the novels The Haunted Baronet and The Evil Guest, the novella Carmilla, a novelette A Chapter in the History of a Tyrone Family and ten short stories: A Debt of Honour; An Account of Some Strange Disturbances in Aungier Street; An Adventure of Hardress Fitzgerald, a Royalist Captain; An Authentic Narrative of a Haunted House; Billy Malowney's Taste of Love and Glory; Borrhomeo the Astrologer; Catherine's Quest; Devereux's Dream; Doctor Feversham's Story and The little Red Man.
All volumes are available in softcover and hardcover with dust jacket for collectors. Leonaur hardcovers feature real cloth bindings, gold foil lettering on their spines and head and tail bands.