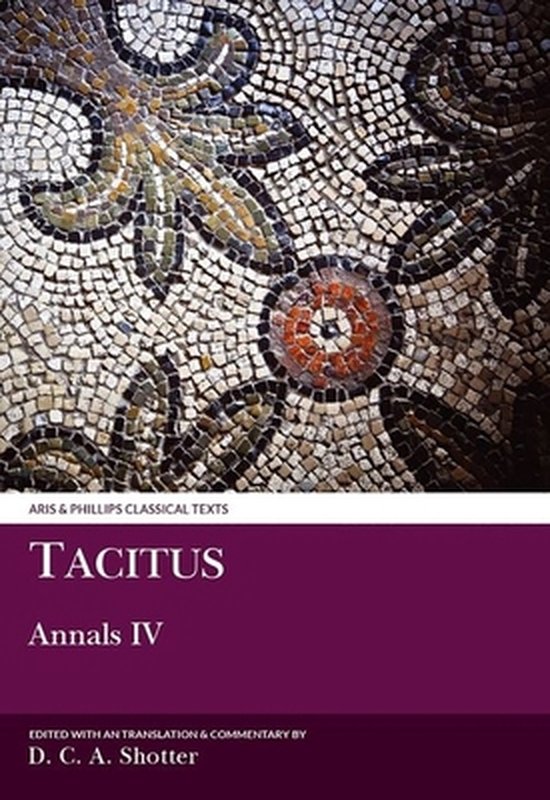 The fourth book of Tacitus' Annals recounts one of the most turbulent periods of Tiberius' reign: the conflict between the emperor and Agrippina's family moved to its twin climaxes of Tiberius' retirement to Capreae and the destruction of Agrippina and members of her family. An active agent in this drama was Aelius Sejanus, the prefect of the Praetorian Guard, whose own ambitions progressed closer to fulfilment in the course of Annals IV. This edition offers a new translation and commentary, as well as a group of introductory essays which highlight the book's main themes and personalities. These serve to draw together the fruits of David Shotter's research over twenty years in this field, and question not only the actual notion of Tiberius' villainy, but also the degree to which Tacitus subscribed to it. It is contended here that the emperor is shown by Tacitus to be the victim of other people, but also of his own weaknesses of character. As such, a sympathetic presentation of Tiberius emerges as the lasting impression of Annals IV. Although all aspects of Tacitus' writing are embraced in this edition, the emphasis throughout is historical. Latin text with facing page translation, introduction and commentary.