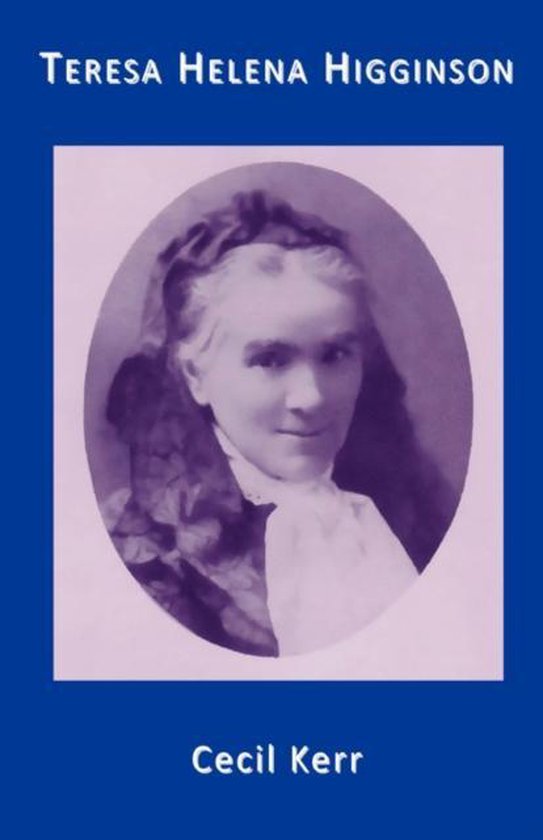 Teresa Higginson (1844-1905) was a saintly Catholic schoolteacher. She was born in Holywell, North Wales and grew up in Gainsborough and Neston. As an adult she lived in Bootle, Clitheroe, Edinburgh and Chudleigh in Devon where she died. She received many supernatural gifts including the Mystical Marriage and the Stigmata. Teresa was chosen by Christ to make known His great desire that His Sacred Head be worshipped as the Seat of Divine Wisdom. This would be a remedy for a time of foolish intellectual pride and lapsing from the faith. It would be not only the completion of devotion to the Sacred Heart, but the crowning of all devotions. In fact it was prophesied to be the one great means for the conversion of England. Lady Cecil Kerr's account of the Venerable Teresa Higginson remains the standard biography and is based on many of Teresa's letters and other direct evidence of her remarkable life. This new edition features an introduction by the Roman theology professor, Rev Dr Paul Haffner. Mary Catherine Cecil Kerr was born on 15 November 1878. She was the daughter of Admiral Lord Walter Talbot Kerr and Lady Amabell Frederica Henrietta Cowper. She died on 19 July 1957 at age 78. Lady Cecil Kerr was a religious sister who wrote several other historical and devotional works, including The life of the Venerable Philip Howard, earl of Arundel and Surrey, The Miraculous Medal, and Bishop Hay, a Sketch of His Life and Times