Chinese Policy Priorities and Their Implications for the United States 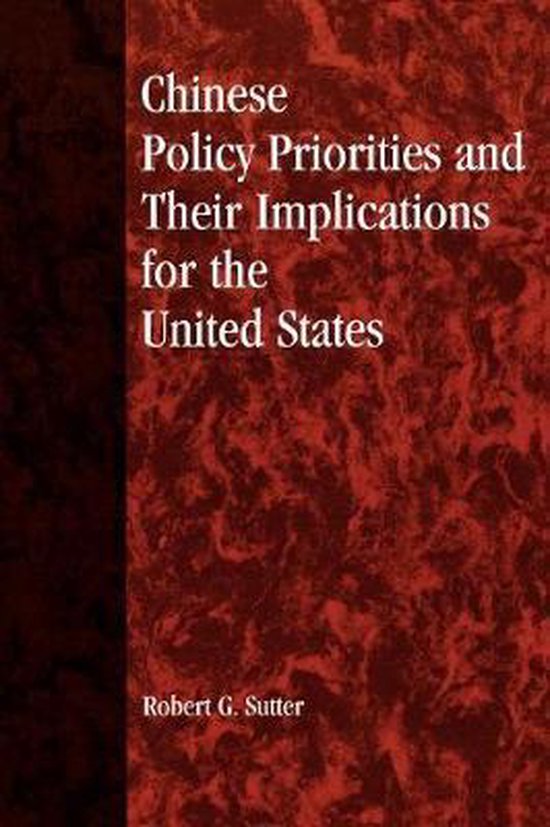 How the West responds to China's emergence as a great power will go far toward determining the course of world politics in the years ahead. Yet, as Robert Sutter shows in this timely book, U.S. foreign policy in this vital arena remains remarkably unfocused and uninformed. Preoccupied with domestic imperatives and a persistent and intractable debate over China, the U.S. government, media, and public have all but ignored the interests and motivations of China's leaders. The author argues that the course of U.S.-China relations will be determined by Beijing as well as Washington, and a balanced understanding of Chinese leaders' priorities will lead to more informed and effective U.S. policy. Toward that goal, this pragmatic study examines current Chinese concerns and behavior in areas of crucial importance to the United States. Assessing the many economic, social, and political problems that continue to preoccupy China's leaders, Sutter concludes that Chinese internal difficulties and aspirations are so wide-ranging and protracted that China's leaders will remain focused on promoting economic development and reforms and maintaining social-political stability well into the twenty-first century. This analysis sets the stage for more extensive treatment of China's role in world affairs-areas where Chinese and U.S. interests interact most directly. The author contends that a balanced view of common ground and differences will temper the excessive swings seen in recent U.S. China policy and lay the groundwork for a more realistic relationship as we move into a new century.