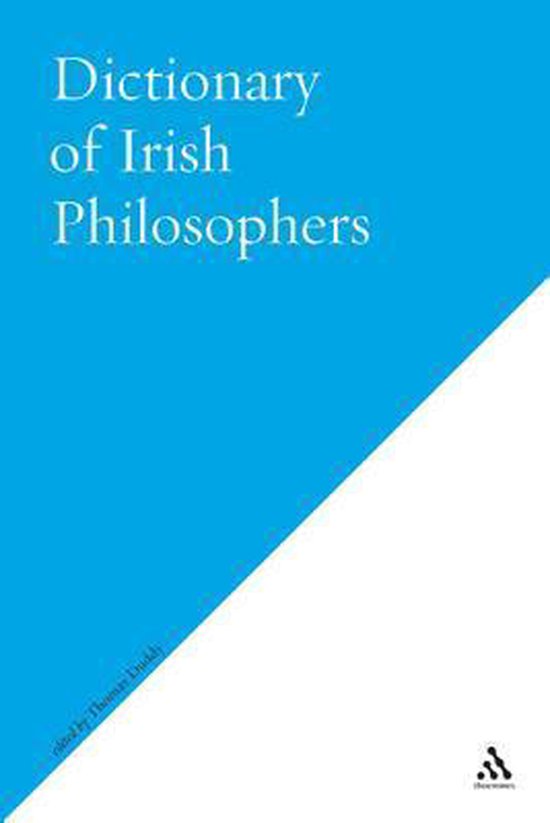 The Dictionary of Irish Philosophers spans 15 centuries of Irish thought, from the Irish Augustine in the 7th century, to Iris Murdoch and JO Wisdom in the 20th. Over 180 individuals who have contributed to Irish philosophical thought are chronicled. Thomas Duddy and a team of carefully selected contributors, all experts in their fields, have compiled a fascinating, cross-disciplinary resource, profiling all the major philosophers and thinkers. The dictionary ranges beyond the major figures, however, to include those whose contributions are less well known but, nonetheless, original and thought-provoking, e.g., Arthur Little on aesthetics, Alice Oldham on socialism, George Sigerson on evolution and T.W. Rolleston on the life-force. An international team of editors and contributors has comprehensively catalogued Irish philosophical thought and development. This resource profiles the contribution of Irish emigres, individuals of Irish birth or descent, and those who spent much of their productive time in Ireland. The definition of 'philosophy' has been carefully considered, and an inclusive approach adopted. Those who contributed to the understanding of fundamental human questions - but who may not be considered philosophers as such - are included here. There are figures from historiography, psychology, theology, politics, literature, mathematics and the sciences, including Richard Fitzralph, Geoffrey Keating, Richard Kirwan, Jonathan Swift, Oliver Goldsmith, Theobald Wolfe Tone, Anna Doyle Wheeler, Aubrey de Vere, Oscar Wilde, Ethel Mannin, WB Yeats, Eva Gore-Booth, JB Bury, Walter MacDonald, George Boole, JD Bernal and Arland Ussher.