Gospel According to St John 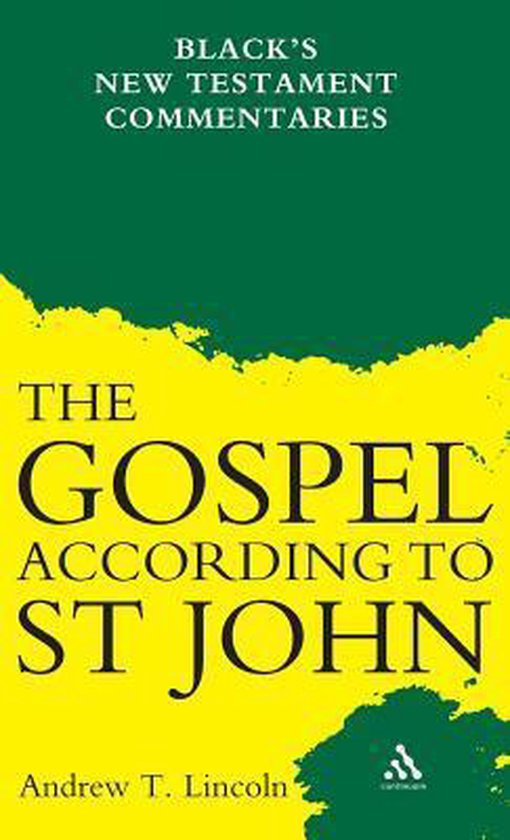 The magnificent series of biblical commentaries known as Black's New Testament Commentaries (BNTC) under the General Editorship of Professor Morna Hooker has had a gap for far too long - it has lacked an up to date commentary on the Fourth Gospel. Professor Andrew Lincoln now fills this gap with his excellent new commentary. The key questions for scholars are gone into thoroughly- questions of historicity, the use of historical traditions and sources, relationship to the Synoptics, authorship, setting, first readers and Professor Lincoln makes his own position on these issues abundantly clear. The Fourth Gospel raises a number of problems generally known as The Johannine Question. According to tradition the Gospel was written by St John the Apostle. The authenticity of the tradition is examined in the introduction but the textual issues are examined within the commentary itself. For example one problem is that Chapters 15 and 16 seem in early versions to have preceded chapter 14. Chapter 21 must have been a later addition. The purpose of the Gospel as stated in Chapter 20 v 31 is to strenghten the reader's faith in Jesus as the Christ and the Son of God. But even the celebrated prologue has given rise to much speculation, whereas most commentators believe it is the key to the Gospel as a whole. These issues are meat and drink to scholars but in Professor Lincoln's expert hands they are extremely interesting and highly pertinent to our contemporary understanding of the Gospel.