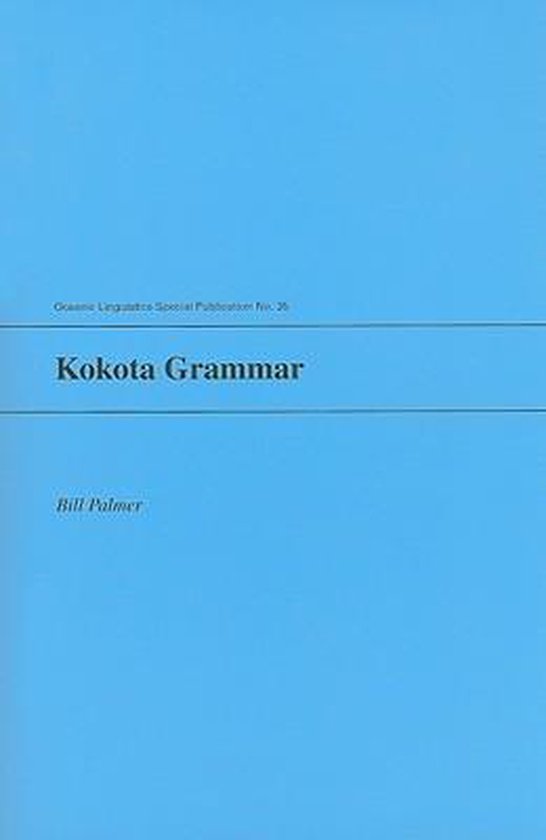 This work describes the grammar of Kokota, a highly endangered Oceanic language of the Solomon Islands, spoken by about nine hundred people on the island of Santa Isabel. After several long periods among the Kokota, Dr. Palmer has written an unusually detailed and comprehensive description of the language. Kokota has never before been described, so this work makes an important contribution to our knowledge of the Oceanic languages of island Melanesia. Kokota Grammar examines the phonology of the language and includes a lengthy section on stress assignment. It continues with chapters on nouns and noun phrases, minor participant types, possession, argument structure, the verb complex, clause structure, imperative and interrogative constructions, and subordination and coodination (including verb serialization).The typological interest of Kokota, along with its degree of endangerment and the paucity of information on Northwest Solomonic languages in general, combined with the level of detail given in the volume, make this a work of considerable interest to Austronesian linguists, typologists, syntacticians, phonologists, and all who are involved in describing and documenting endangered languages.