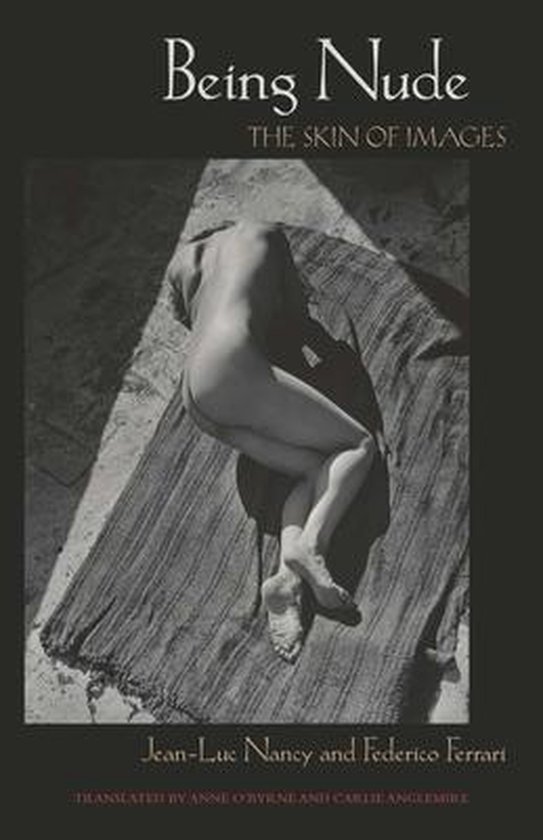 What does it mean to be nude? What does the nude do? In a series of constantly surprising reflections, Jean-Luc Nancy and Federico Ferrari encounter the nude as an opportunity for thinking in a way that is stripped bare of all received meanings and preconceived forms. In the course of engagements with twenty-six separate images, the authors show how the nudes produced by painters and photographers expose this bareness of thought and leave us naked on the verge of a sense that is always nascent, always fleeting, on the surface of the skin, on the surface of the image. While the nude is a symbol of truth in philosophy and art alike, what the nude definitively and uniquely reveals is unclear. In Being Nude: The Skin of Images, the authors argue that the nude is always presented as both vulnerable in its exposure and shy of conceptualization, giving a sense of the ultimate ineffability of the meaning of being. Although the nude represents the revealed nature of truth, nude figures hold a part of themselves back, keeping in reserve the reality of their history, parts of their present selves, and also their future possibilities for change, development, and demise. Skin is itself a type of clothing, and stripping away exterior layers of fabric does not necessarily lead to grasping the truth. In this way, the difference between being clothed and being nude is diminished. The images that inspire the authors to contemplate the nudity of being show many ways in which one can and cannot be nude, and many ways of being in relation to oneself and to others, clothed and unclothed.