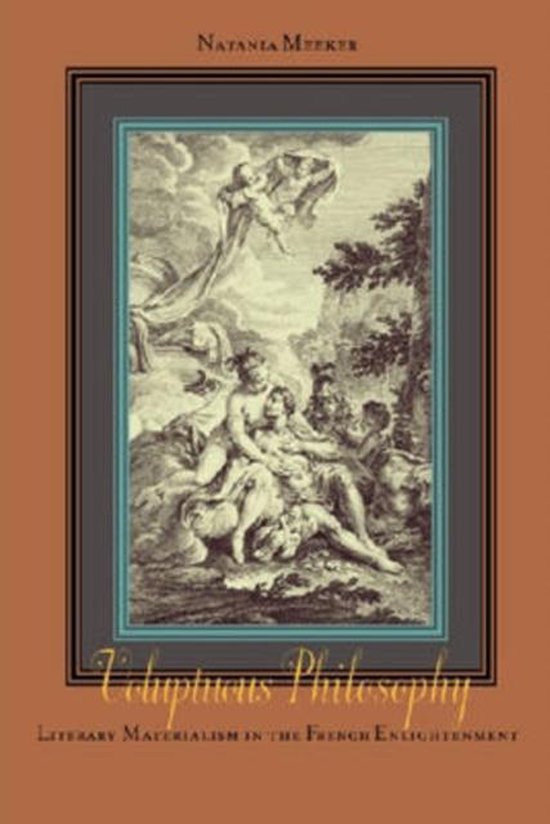 Eighteenth-century France witnessed the rise of matter itself-in forms ranging from atoms to anatomies-as a privileged object of study. Voluptuous Philosophy redefines what is at stake in the emergence of an enlightened secular materialism by showing how questions of figure-how should a body be represented? What should the effects of this representation be on readers?-are tellingly and consistently located at the very heart of 18th-century debates about the nature of material substance. French materialisms of the Enlightenment are crucially invested not only in the development of a sophisticated theoretical apparatus around the notion of matter but in the production of specific relationships between readers and the matter of the texts that they consume. How, the book asks, did the period's fascination with a markedly immaterial and ephemeral event-the reading of works of fiction-come to coincide with what appears to be a gradual materialization of human subjects: men and women who increasingly manage to envision themselves transfigured, as the century wears on, into machines, animals, and even, in the work of the Marquis de Sade, tables and chairs? In what way did the spread of new philosophies of matter depend upon the ability of readers to perceive certain figures of speech as literally and immediately true-to imagine themselves as fully material bodies even as they found themselves most deeply compelled by disembodied literary forms? More broadly, in what sense does the act of reading literature alter and transfigure our perceptions of what is, and can be, real? Voluptuous Philosophy articulates the gradual coming into being of literature as a distinct arena of textual production with the rise of an enlightened reader who remains abstracted from the bodily symptoms that any given piece of writing may induce in him. The very definition of the literary as an autonomous field, this book suggests, may, ironically, be dependent upon the simultaneous construction of a material world that remains fully immune to its effects.