I Must be a Part of this War 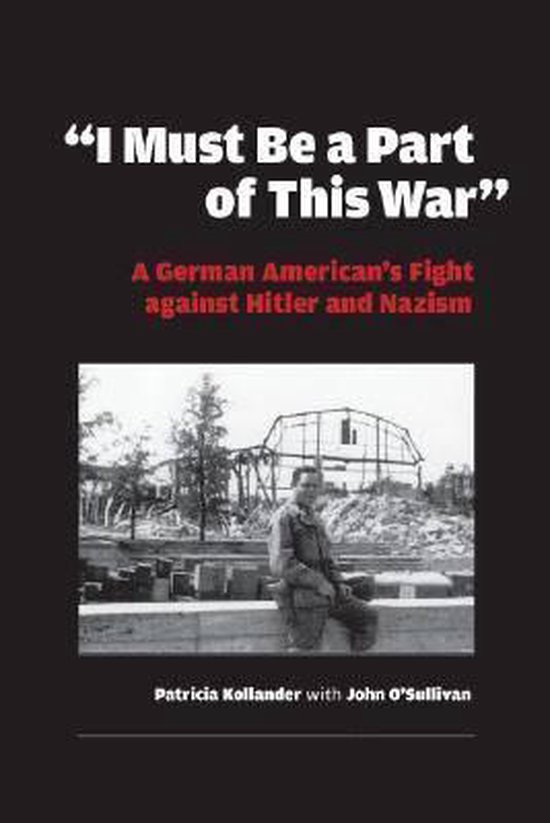 Kurt Frank Korf's story is one of the most unusual to come out of World War II. Although German-Americans were America's largest ethnic group, and German-Americans-including thousands of native-born Germans-fought bravely in all theaters, there are few full first-person accounts by German- Americans of their experiences during the 1930s and 1940s. Drawing on his correspondence and on oral histories and interviews with Korf, Patricia Kollander paints a fascinating portrait of a privileged young man forced to flee Nazi Germany in 1937 because the infamous Nuremburg Laws had relegated him to the status of second-degree mixed breed (Korf had one Jewish grandparent). Settling in New York City, Korf became an FBI informant, watching pro-Nazi leaders like Fritz Kuhn and the German-American Bund as they moved among the city's large German immigrant community. Soon after, he enlisted in the U.S. Army, serving in Germany as an intelligence officer during the Battle of the Bulge, and as a prisoner of war camp administrator. After the war, Korf stayed on as a U.S. government attorney in Berlin and Munich, working to hunt down war criminals, and lent his expertise in the effort to determine the authenticity of Joseph Goebbels's diaries. Kurt Frank Korf died in 2000. Kollander not only draws a detailed portrait of this unique figure; she also provides a rich context for exploring responses to Nazism in Germany, the German-American position before and during the war, the community's later response to Nazism and its crimes, and the broader issues of ethnicity, religion, political ideology, and patriotism in 20th-century America. Patricia Kollander is Associate Professor of History at Florida Atlantic University. She is the author of Frederick III: Germany's Liberal Emperor. I Must Be a Part of This War is part of her ongoing research into the experiences of some fifteen thousand native-born Germans who served in the U.S. Army in World War II. John O'Sullivan was Professor of History at Florida Atlantic University.