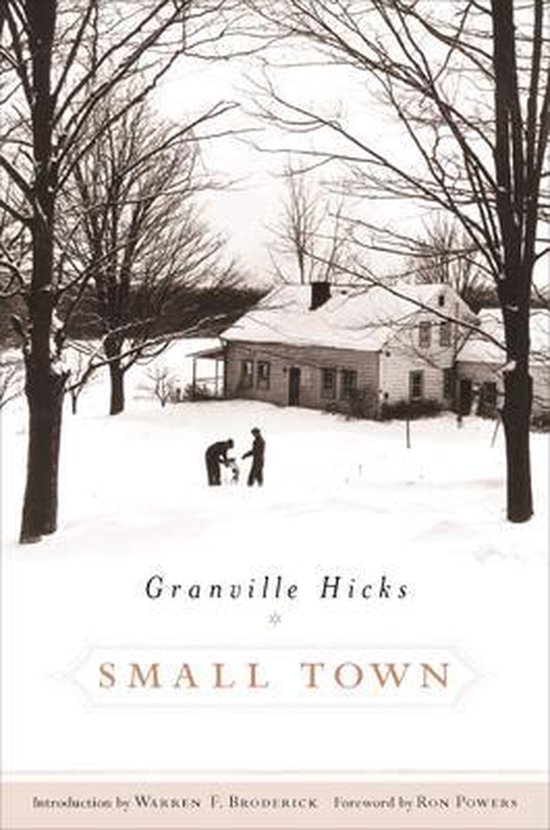 Granville Hicks was one of America's most influential literary and social critics. Along with Malcolm Cowley, F. O. Matthiessen, Max Eastman, Alfred Kazin, and others, he shaped the cultural landscape of 20th-century America. In 1946 Hicks published Small Town, a portrait of life in the rural crossroads of Grafton, N.Y., where he had moved after being fired from Rensselaer Polytechnic Institute for his left-wing political views. In this book, he combines a kind of hand-crafted ethnographic research with personal reflections on the qualities of small town life that were being threatened by spreading cities and suburbs. He eloquently tried to define the essential qualities of small town community life and to link them to the best features of American culture. The book sparked numerous articles and debates in a baby-boom America nervously on the move. Long out of print, this classic of cultural criticism speaks powerfully to a new generation seeking to reconnect with a sense of place in American life, both rural and urban. An unaffected, deeply felt portrait of one such place by one of the best American critics, it should find a new home as a vivid reminder of what we have lost-and what we might still be able to protect.