The Classification of Sex 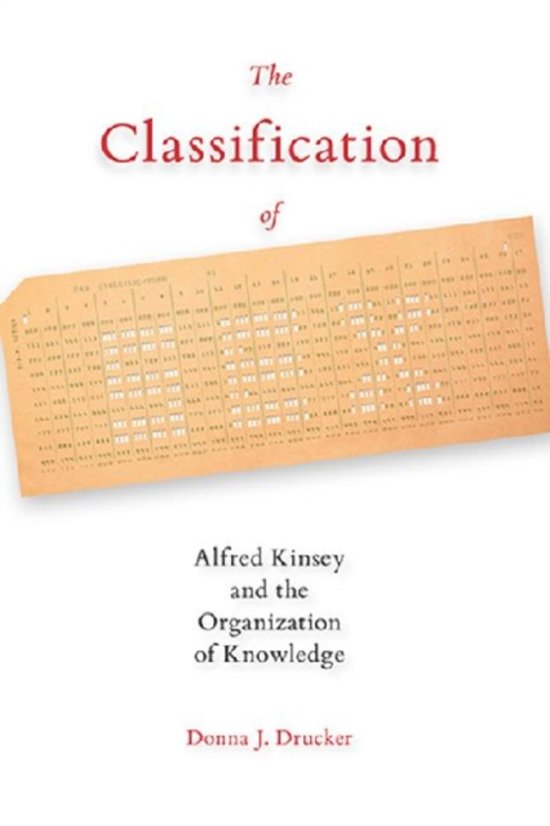 Alfred C. Kinsey's revolutionary studies of human sexual behaviour are world-renowned. His meticulous methods of data collection, from comprehensive entomological assemblies to personal sex history interviews, raised the bar for empirical evidence to an entirely new level. In The Classification of Sex, Donna J. Drucker presents an original analysis of Kinsey's scientific career in order to uncover the roots of his research methods. She describes how his enduring interest as an entomologist and biologist in the compilation and organisation of mass data sets structured each of his classification projects. As Drucker shows, Kinsey's lifelong mission was to find scientific truth in numbers and through observation - and to record without prejudice in the spirit of a true taxonomist. Kinsey's doctoral work included extensive research of the gall wasp, where he gathered and recorded variations in over six million specimens. His classification and reclassification of Cynips led to the speciation of the genus that remains today. During his graduate training, Kinsey developed a strong interest in evolution and the links between entomological and human behaviour studies. In 1920, he joined Indiana University as a professor in zoology, and soon published an introductory text on biology, followed by a coauthored field guide to edible wild plants. In 1938, Kinsey began teaching a noncredit course on marriage, where he openly discussed sexual behaviour and espoused equal opportunity for orgasmic satisfaction in marital relationships. Soon after, he began gathering case histories of sexual behaviour. As a pioneer in the nascent field of sexology, Kinsey saw that the key to its cogency was grounded in observation combined with the collection and classification of mass data. To support the institutionalisation of his work, he cofounded the Institute for Sex Research at Indiana University in 1947. He and his staff eventually conducted over eighteen thousand personal interviews about sexual behaviour, and in 1948 he published Sexual Behavior in the Human Male, to be followed in 1953 by Sexual Behavior in the Human Female. As Drucker's study shows, Kinsey's scientific rigour and his early use of data recording methods and observational studies were unparalleled in his field. Those practises shaped his entire career and produced a wellspring of new information, whether he was studying gall wasp wings, writing biology textbooks, tracing patterns of evolution, or developing a universal theory of human sexuality.