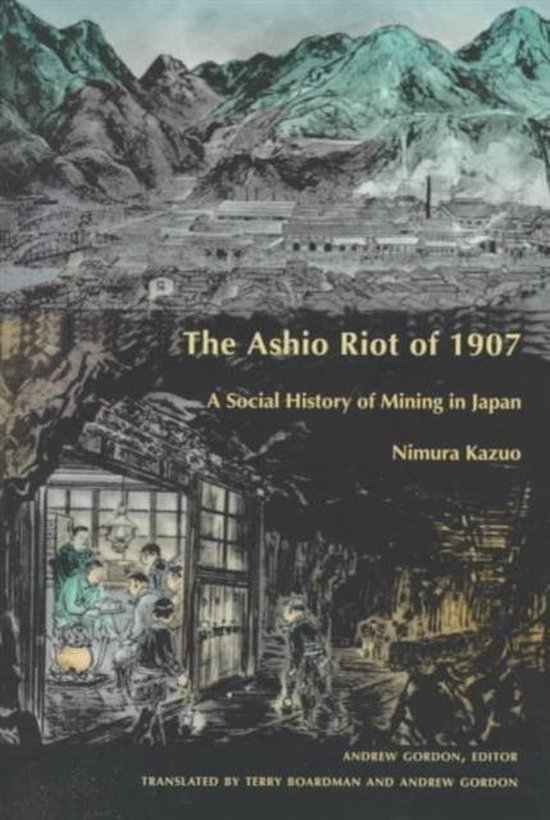 In The Ashio Riot of 1907, Nimura Kazuo explains why the workers at the Ashio copper mine-Japan's largest mining concern and one of the largest such operations in the world-joined together for three days of rioting against the Furukawa Company in February 1907. Exploring an event in labor history unprecedented in the Japan of that time, Nimura uses this riot as a launching point to analyze the social, economic, and political structure of early industrial Japan. As such, The Ashio Riot of 1907 functions as a powerful critique of Japanese scholarly approaches to labor economics and social history. Arguing against the spontaneous resistance theory that has long dominated Japanese social history accounts, Nimura traces the laborers' unrest prior to the riots as well as the development of the event itself. Drawing from such varied sources as governmental records, media reports, and secret legal documents relating to the riot, Nimura discusses the active role of the metal mining workers' trade organization and the stance taken by mine labor bosses. He examines how technological development transformed labor-management relations and details the common characteristics of the laborers who were involved in the riot movement. In the course of this historical analysis, Nimura takes on some of the most influential critical perspectives on Japanese social and labor history. This translation of Nimura's prize-winning study-originally published in Japan-contains a preface by Andrew Gordon and an introduction and prologue written especially for this edition.