Protestantism and Politics in Eastern Europe and Russia 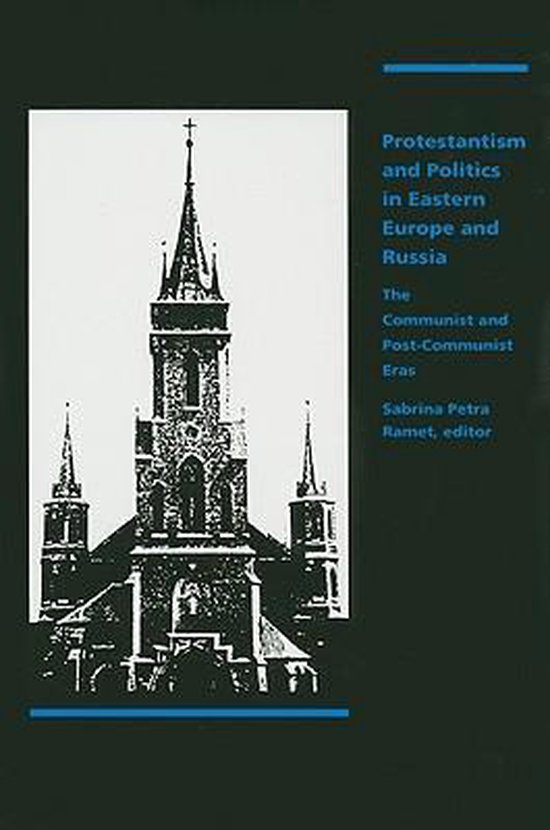 Coming at a time of enormous transformations in the one-time Communist bloc, this volume provides a much-needed perspective on the significance of church-state relations in the renaissance of civil society in the region. The essays collected here accentuate the peculiarly political character of Protestantism within Communist systems. With few identifiable leaders, a multiplicity of denominations, and a tendency away from hierarchical structures, the Protestant churches presents a remarkably diverse pattern of church-state relations. Consequently, the longtime coexistence of Protestantism and Communism in Eastern Europe and the former Soviet Union affords numerous examples of political accommodation and theological adaption that both reflect and foreshadow the dramatic changes of the 1990s. Based on extensive field research, including interviews with notable figures in the Protestant churches in the region, the essays in this volume address broad topics such as the church's involvment in environmentalism, pacifism, and other dissident movements, as well as issues particular to Russia, Poland, Czechoslovakia, East Germany, (1949-1989), Hungary, Yugoslavia (1945-1991), Bulgaria, and Romania. The final volume in the three-volume work Christianity Under Stress, Protestantism and Politics in Eastern Europe and Russia will prove invaluable to anyone hoping to understand not only the workings of religion under Communism, but the historical and contemporary interactions of church and state in general.Contributors. Paul Bock, Lawrence Klippenstein, Paul Mojzes, Earl A. Pope, Joseph Pungur, Sabrina Petra Ramet, Walter Sawatsky, N. Gerald Shenk, Gerd Stricker, Sape A. Zylstra