A First Course in Sobolev Spaces 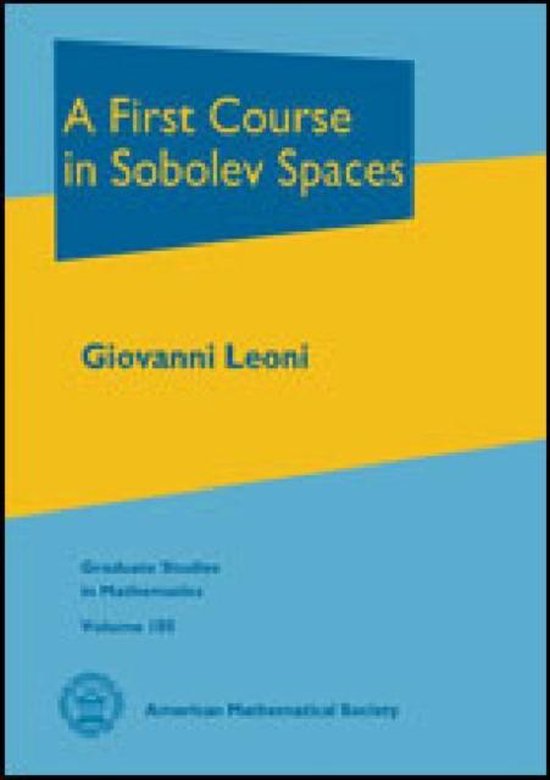 This book is about differentiation of functions. It is divided into two parts, which can be used as different textbooks, one for an advanced undergraduate course in functions of one variable and one for a graduate course on Sobolev functions. The first part develops the theory of monotone, absolutely continuous, and bounded variation functions of one variable and their relationship with Lebesgue-Stieltjes measures and Sobolev functions. It also studies decreasing rearrangement and curves. The second edition includes a chapter on functions mapping time into Banach spaces.The second part of the book studies functions of several variables. It begins with an overview of classical results such as Rademacher's and Stepanoff's differentiability theorems, Whitney's extension theorem, Brouwer's fixed point theorem, and the divergence theorem for Lipschitz domains. It then moves to distributions, Fourier transforms and tempered distributions. The remaining chapters are a treatise on Sobolev functions. The second edition focuses more on higher order derivatives and it includes the interpolation theorems of Gagliardo and Nirenberg. It studies embedding theorems, extension domains, chain rule, superposition, Poincare's inequalities and traces. A major change compared to the first edition is the chapter on Besov spaces, which are now treated using interpolation theory.