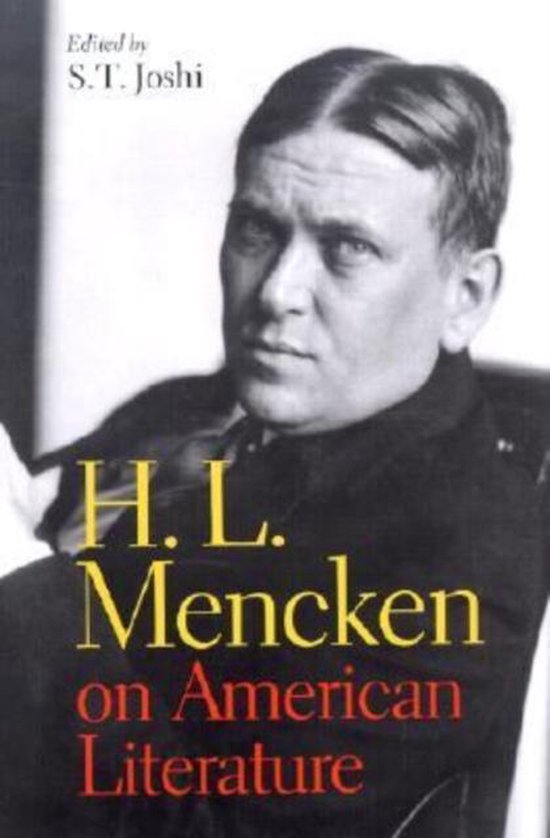 H. L. Mencken was one of the leading literary, social, and cultural critics of the 1910s, '20s, and '30s. However, very few of his literary reviews have been reprinted in any form prior to their appearance in this volume. H. L. Mencken on American Literature presents a comprehensive selection of Mencken's reviews of the leading American writers of his time. Manifestly interested in establishing a canon of American literature, he took great pains to vaunt writers such as Theodore Dreiser, Sherwood Anderson, Willa Cather, F. Scott Fitzgerald, Sinclair Lewis, and James Branch Cabell as the most accomplished authors of the day. At the same time, be found deficiencies in the work of such highly regarded figures as Edith Wharton, W. D. Howells, and Ambrose Bierce, placing them only in the second rank of American writers. Mencken also considered it his function to demolish the popular work of now-forgotten best-selling writers, demonstrating in his inimitably scathing manner the degree to which their catering to a mass audience rendered their work hollow and subliterary. Mencken's reviews are a vast and untapped source for his provocative analyses of the best and the worst in American literature. They are presented here in a scrupulously edited and annotated edition.