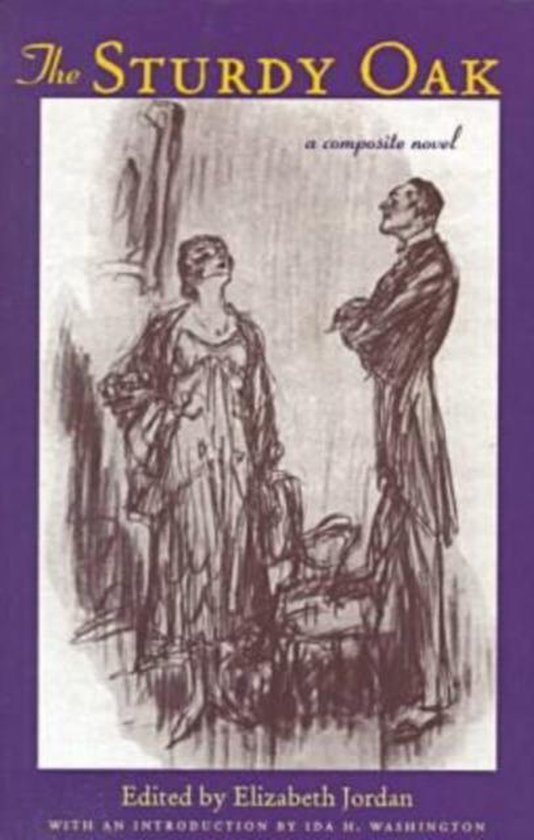 In the spring of 1916, as the workers for woman suffrage were laying plans for another attack on the bastions of male supremacy, the idea for The Sturdy Oak was born. Based on the rules of an old parlor game, wherein one person begins a narrative, another continues it, and another follows, this collaborative effort by the leading writers of the day, such as Fannie Hurst, Dorothy Canfield, and Kathleen Norris, is a satiric look at the gender roles of the time. There is much in The Sturdy Oak that reflects the New York campaign for suffrage of 1916-1917. The setting is the fictional city of Whitewater in upstate New York. Idealistic reformers are pitted against a ruthless political machine, and the traditional picture of man as the sturdy oak supporting woman, the clinging vine, is ridiculed in the portrayal of an engaging couple, George and Genevieve Remington. Nonetheless, the purpose of the book is not primarily ridicule but reform, and the reader is taken through the steps by which a confirmed anti-suffragist is gradually transformed into a supporter of the suffrage cause. Beyond its historical interest, The Sturdy Oak is imbued with a political and social currency that makes it applicable even today. And because of the skill of the writers of this composite novel, even eight decades after its initial publication The Sturdy Oak is still, as the New York Times said in 1917, irresistibly readable.