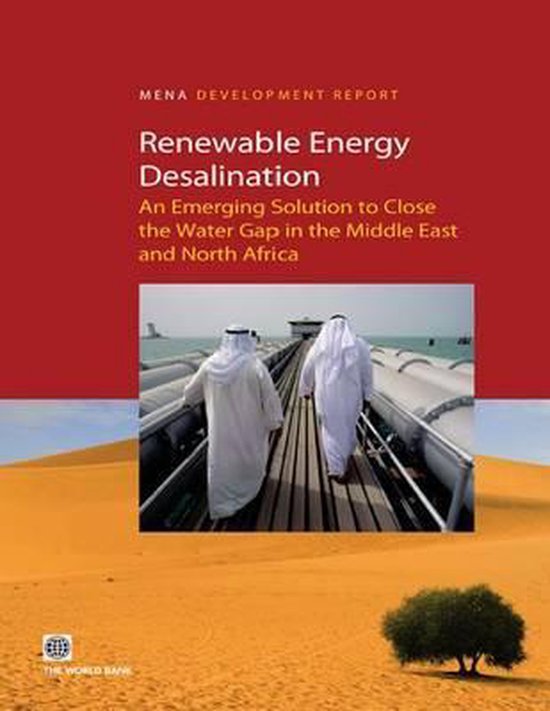 The Middle East and North Africa (MENA) Region is one of the most water stressed regions in the world. Water scarcity has already become a challenge to development in many of the countries. Due to increasing population and Projected climate change impacts, MENA's annual water demand gap is projected to grow five-fold by 2050, from today's 42 Km3 to 200 km3 by 2050. Despite its extreme scarcity, water is managed poorly. Inefficiencies are common in the agriculture, municipal and industrial systems; and many utilities are financially unsustainable. As a result, countries overexploit their fossil aquifers—and use desalination by fossil fuel—to meet the water demand gap. Desalination already plays a critical role in MENA's water supply portfolio. However, desalination is costly, energy intensive and has environmental impacts. On current trends, the projection is that, by 2050, Saudi Arabia and many other countries in the Region will consume for desalination most of the oil that they produce. Overexploitation of fossil aquifers is not sustainable. Neither is the use of fossil fuel for desalination to meet the growing water gap sustainable. This book outlines the challenges in terms of water (and also in terms of energy) that countries in the Region face and analyzes the scope of available options to address the growing water gap. The book estimates MENA's water gap today and into the future—until 2050; and presents a methodology to prioritize options to bridge the water gap, using the "marginal cost of water' approach. The book also assesses the viability of renewable energy desalination as an important option to close the Region's water gap. The book compares the economic cost of desalination using fossil fuel and renewable energy sources, in particular the Concentrated Solar Power (CSP). The book also provides recommendations as to how CSP based desalination could ensure sustainable water supply for the Region.