Satisfaction With Life And Service Delivery In Eastern Europe And The Former Soviet Union: Some Insights From The 2006 Life In Transition Survey 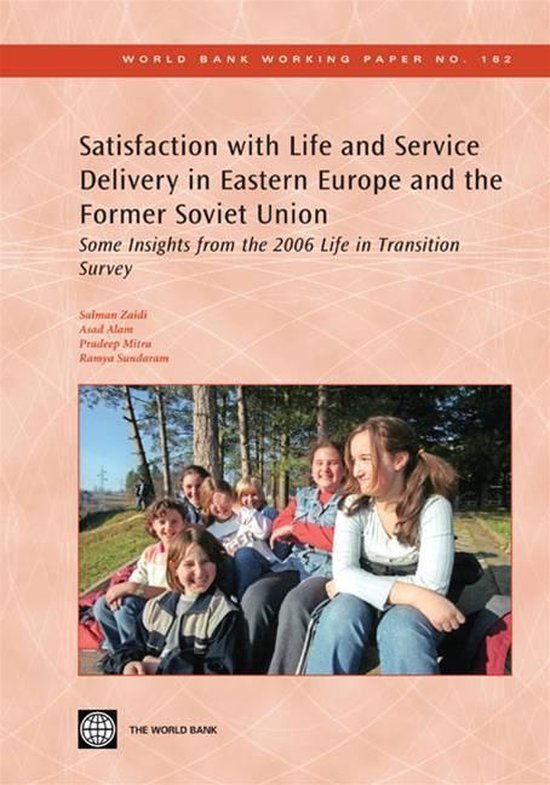 The past two decades in Eastern Europe and the former Soviet Union have been times of tremendous change, with countries undergoing rapid transformation from centrally-planned to market-oriented economies. While poverty increased during the initial years of transition, primarily on account of the sharp economic contraction, the resurgence of economic growth in the region since 1998 has resulted in a rebound in household incomes and living standards. Data from the 2006 Life in Transition Survey (LiTS)—a joint initiative of the European Bank for Reconstruction and Development and the World Bank—provides a unique opportunity to investigate the extent to which citizens of ECA countries are satisfied with their lives and with the performances of their governments, and to study key factors influencing their outlook in a systematic way across all countries of the region.The main objective of the LiTS was to assess the impact of transition on people, covering four main themes. First, it collected personal information on aspects of material well-being, including household expenditures, possession of consumer goods such as a car or mobile phone, and access to local public services and utilities. Second, the survey included measures of satisfaction and attitudes towards economic and political reforms as well as public service delivery. Third, the LiTS captured individual 'histories'—key events and episodes that may have influenced their attitudes towards reforms, and information on family background, employment, and coping strategies. Finally, the survey also attempted to capture the extent to which crime and corruption are affecting peoples' lives, and the extent to which individuals' trust in other people and in state institutions has changed over time.