In Search Of Land And Housing In The New South Africa: The Case Of Ethembalethu 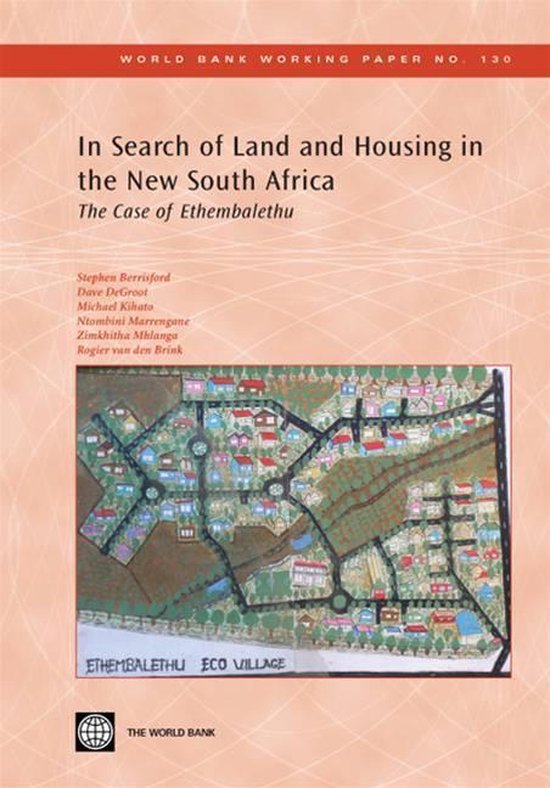 This study outlines the difficulties poor communities face in accessing peri-urban land in South Africa that could have implications and lessons for similar communities in other countries facing spatialsegregation issues. The study focused on one community, composed largely of laid-off farm workers that wanted to buy their own farm in a peri-urban area west of Johannesburg. Their dream was to establish a mixed-use settlement. They wanted to call the village Ethembalethu ''Our Hope.'' About 250 families started their own association and savings scheme to make their dream a reality. By 1997, they had saved enough money to make their first purchase offer.A decade later, the community's dream is still not a reality. The families have faced numerous obstacles: two cancelled sale agreements, wrongful arrest, being sued in court, an out-of-court settlement for which community members were paid to not move into the white neighborhood, and large sums of their own money spent on consultants and environmental impact studies. In an agreement with the Mogale City Municipality, where the land is located, the community now has at least a confirmed right to occupy the land. But it does not yet legally own the land, and is still trying to get permission to build on and work the land.The case of Ethembalethu is not unique. Millions of black South Africans live in the peri-urban areas. Yet, government programs, development planning and environmental regulations, and the current land and housing markets do not support realization of their aspirations to become homeowners on sites of their choice.