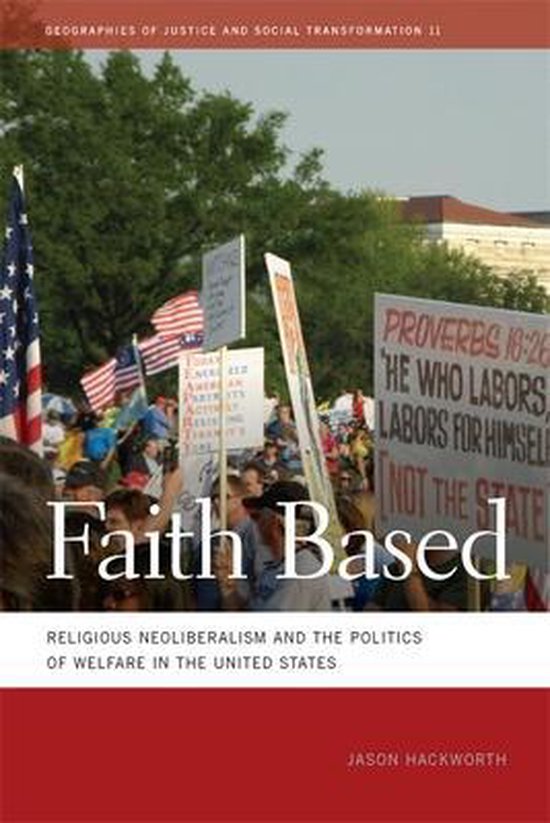 Faith Based explores how the Religious Right has supported neoliberalism in the United States, bringing a particular focus to welfare-an arena where conservative Protestant politics and neoliberal economic ideas come together most clearly. Through case studies of gospel rescue missions, Habitat for Humanity, and religious charities in post-Katrina New Orleans, Jason Hackworth describes both the theory and practice of faith-based welfare, revealing fundamental tensions between the religious and economic wings of the conservative movement. Hackworth begins by tracing the fusion of evangelical religious conservatism and pro-market, antigovernment activism, which resulted in what he calls religious neoliberalism. He argues that neoliberalism-the ideological sanctification of private property, the individual, and antistatist politics-has rarely been popular enough on its own to promote wide change. Rather, neoliberals gain the most traction when they align their efforts with other discourses and ideas. The promotion of faith-based alternatives to welfare is a classic case of coalition building on the Right. Evangelicals get to provide social services in line with Biblical tenets, while opponents of big government chip away at the public safety net. Though religious neoliberalism is most closely associated with George W. Bush's Office of Faith-Based and Neighbourhood Partnerships, the idea predates Bush and continues to hold sway in the Obama administration. Despite its success, however, Hackworth contends that religious neoliberalism remains an uneasy alliance-a fusion that has been tested and frayed by recent events.