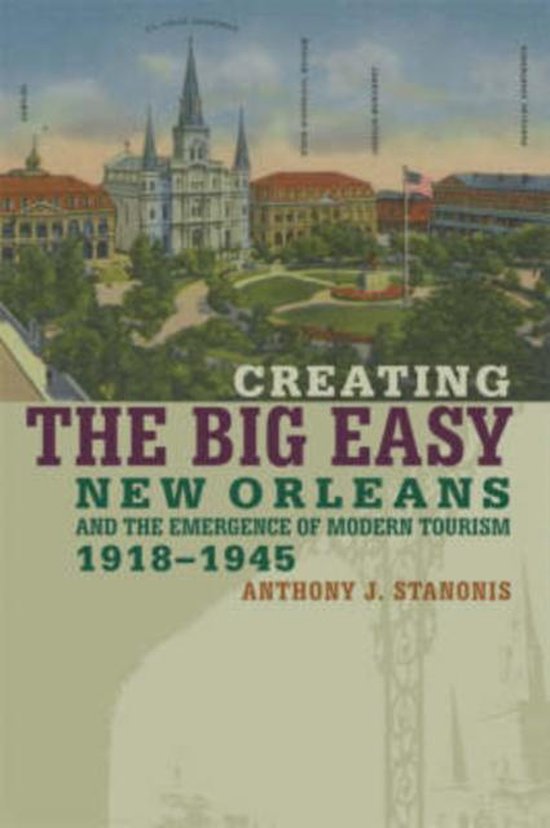 Between the World Wars, New Orleans transformed its image from a corrupt and sullied port of call into a national tourist destination. Anthony J. Stanonis tells how boosters and politicians reinvented the city to build a modern mass tourism industry and, along the way, fundamentally changed the city's cultural, economic, racial, and gender structure. Stanonis looks at the importance of urban development, historic preservation, taxation strategies, and convention marketing to New Orleans' makeover and chronicles the city's efforts to domesticate its jazz scene, democratize Mardi Gras, and stereotype local blacks into docile, servile roles. He also looks at depictions of the city in literature and film and gauges the impact on New Orleans of white middle-class America's growing prosperity, mobility, leisure time, and tolerance of women in public spaces once considered off-limits. Visitors go to New Orleans with expectations rooted in the city's past : to revel with Mardi Gras maskers, soak up the romance of the French Quarter, and indulge in rich cuisine and hot music. Such a past has a basis in history, says Stanonis, but it has been carefully excised from its gritty context and scrubbed clean for mass consumption.