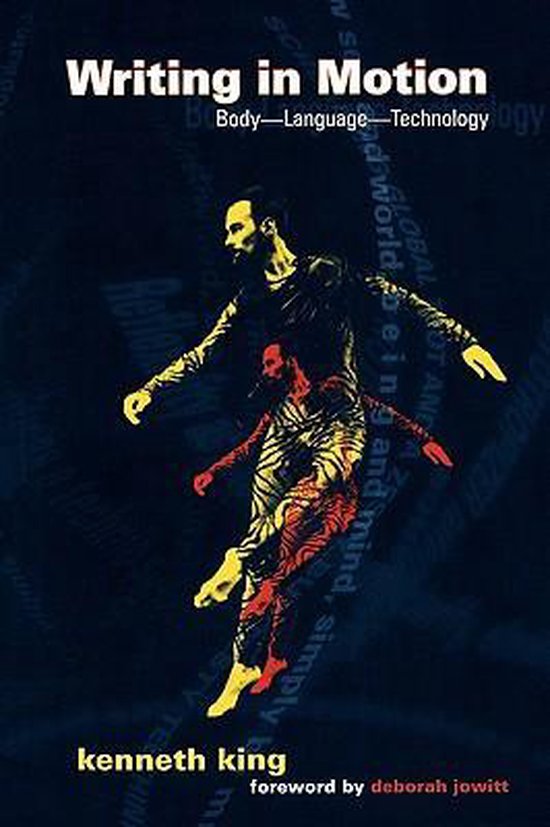 Kenneth King is one of America's most inventive postmodern choreographers. His dancing has always reflected his interest in language and technology, combining movement with film, machines, lighting and words both spoken and written. King is also conversant in philosophy, and some of his most influential dances have been dedicated to and in dialogue with the work of such philosophers as Susanne K. Langer, Edmund Husserl and Friedrich Nietzsche. Since the 1960s, he has performed his dance to texts both spoken and prerecorded-texts intended to stand separately as literary works. Writing in Motion spans more than thirty years and is collected here for the first time. It includes essays, performance scripts of King's own work, art criticism, philosophy and cultural commentary. Dense with movement, these writings explode and reconfigure the familiar, crack syntax open, and invent startling new words. Dancing, to King, is writing in space, and writing is a dance of ideas. Whether referencing Aristotle, Langer, Simone de Beauvoir, MTV, Maurice Blanchot or Marshall McLuhan, King's delightfully lavish prose is very much in motion.