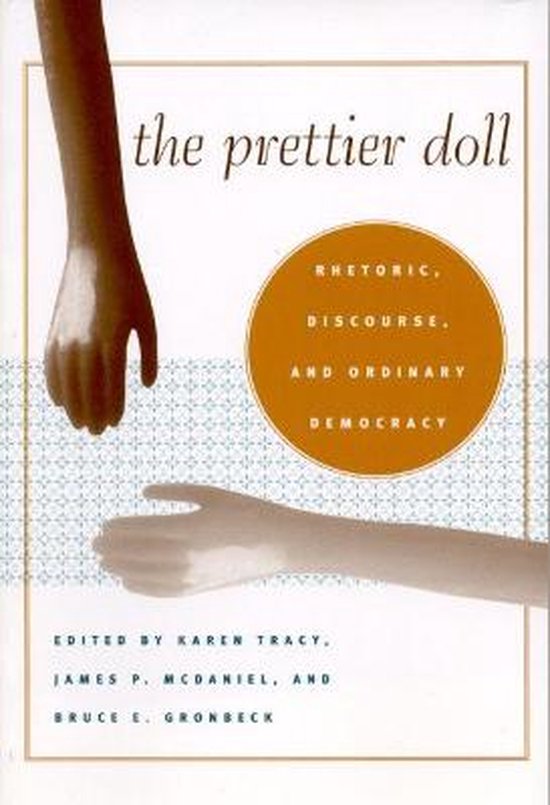 This book examines political rhetoric at the grassroots level. Starting from a position that Democracy depends on details, or else remains a formal abstraction, editors Karen Tracy, James P. McDaniel, and Bruce Gronbeck argue that a true understanding of the democratic body politic becomes most intelligible through a close study of its parts. An academic preference for grandiose, abstract political theory, the editors contend, undervalues and masks the patterns of social interaction, strategic discourse, and vernacular rhetorical resources - a public language, in short - to be found at the grassroots level and at the core of ordinary democracy. Each essay focuses on the same local controversy. In 2001, in a predominantly white Colorado community, a third-grade girl submitted an experiment to the school science fair. She asked 30 adults and 30 fifth-graders which of two Barbie dolls was prettier. One doll was black, the other white, and each wore a different colored dress. All of the adults picked the Barbie in the purple dress, while nearly all of the fifth graders picked the white Barbie. When the student's experiment was banned by school administrators from the science fair for violating the district's nondiscrimination policy, an uproar resulted that spread from a local cable channel to a metropolitan newspaper, the Associated Press, and the national media. A series of school board meetings and other public exchanges highlighted the potent intersection of local and national social concerns: education, censorship, science, racism, and tensions between foundation values such as liberty, democracy, and free speech. For the authors of these essays, who focus principally on speech (verbal exchanges as symbolic action), the events surrounding Barbiegate illustrate how individual acts and communal interpretations of customs, policies, and ideologies are connected and are fundamental to our understanding of civic judgment in a democratic state. In addition to the introduction and essays, appendixes supply transcripts of fourteen key speeches by citizens and school board members involved in the debates, as well as a URL where speeches may be viewed.