Welcome the Hour of Conflict 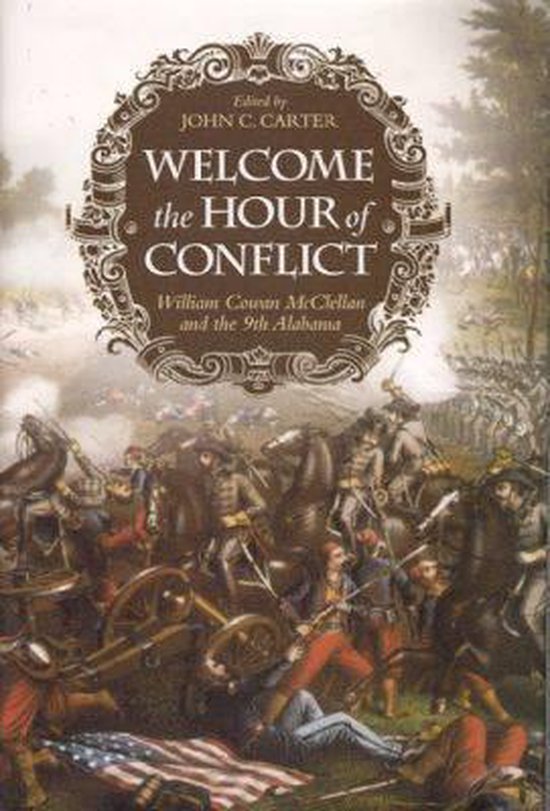 In the spring of 1861, a 22-year-old Alabamian did what many of his friends and colleagues were doing - he joined the Confederate Army as a volunteer. The first of his family to enlist, William Cowan McClellan, who served as a private in the 9th Alabama Infantry regiment, wrote hundreds of letters throughout the war, often penning for friends who could not write home for themselves. In the letters collected in John C. Carter's volume, this young soldier comments on his feelings toward his commanding officers, his attitude toward military discipline and camp life, his disdain for the western Confederate armies, and his hopes and fears for the future of the Confederacy. McClellan's letters also contain vivid descriptions of camp life, battles, marches, picket duty, and sickness and disease in the army. The correspondence between McClellan and his family dealt with separation due to war as well as with other wartime difficulties such as food shortages, invasion, and occupation. The letters also show the rise and fall of morale on both the home front and on the battlefield, and how they were closely intertwined. Remarkable for their humor, literacy, and matter-of-fact banter, the letters reveal the attitude a common soldier in the Army of Northern Virginia had toward the day-to-day activity and progression of the war. John C. Carter includes helpful appendixes that list the letters chronologically and offer the regimental roster, casualty/enlistment totals, assignments, and McClellan's personal military record.