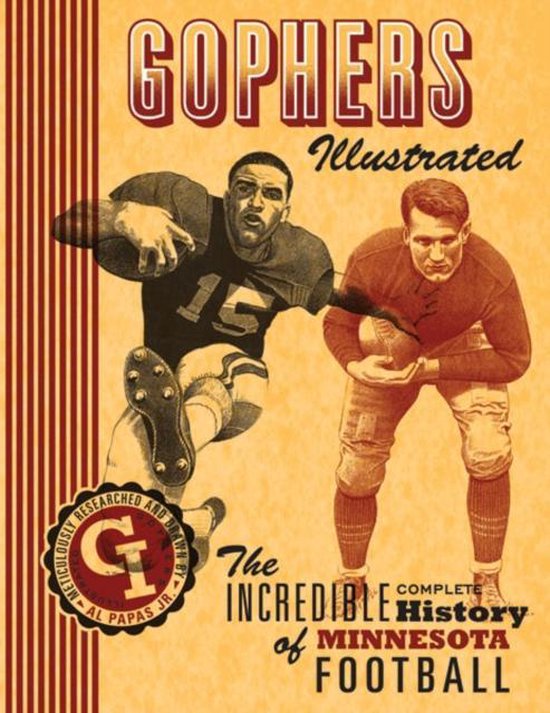 New and Updated Edition. Beginning with their first game in the fall of 1882 against Hamline University, the Minnesota Golden Gophers are one of college football's oldest and most storied programs, winning six national championships and inspiring countless fans across generations of Minnesotans and university students. What Gophers Illustrated makes abundantly clear is just how fascinating this past century of Gophers football has been. Illustrated by a wealth of original detailed sketches, Al Papas Jr. collects both the well-remembered and long-forgotten moments that have made the Golden Gophers a Minnesota treasure. From the 1903 game against Michigan when the Little Brown Jug was first left behind (and where students were arrested and fined two dollars for practicing their ski-u-mah chant at a nightly hour ) and the golden era of the 1930s and early 1940s under legendary coach Bernie Bierman to the 1962 Rose Bowl and the more recent rushing exploits of Lawrence Maroney and Marion Barber III, Gophers Illustrated highlights the players and games throughout the decades that brought the crowds to their feet. With Gopher football returning to the University of Minnesota campus for the first time since the days of fabled Memorial Stadium, this book does not just celebrate the seasons past but helps usher in a new era of Gopher players, games, and fans. Wonderfully illustrated, painstakingly researched, and full of stats, game charts, and stories both whimsical and poignant, this new and completely updated edition of Gophers Illustrated is a must-have for any fan of the maroon and gold.