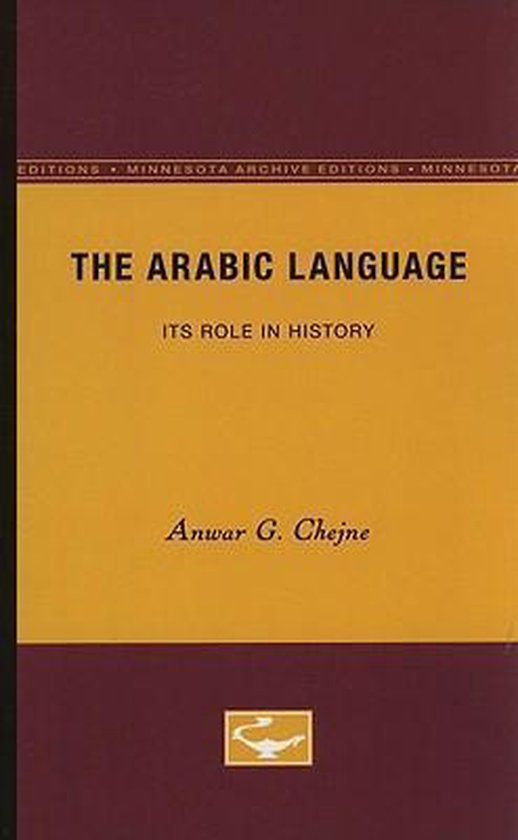 The Arabic Language was first published in 1969. Minnesota Archive Editions uses digital technology to make long-unavailable books once again accessible, and are published unaltered from the original University of Minnesota Press editions. Arabic, with its rich literary heritage, is one of the major languages of the world. It is spoken by about one hundred million people inhabiting a wide and important area of the Middle East. Yet the language and its significant role in history are little known in the English-speaking countries except among specialists. This book will, it is hoped, help to introduce the language and demonstrate its importance to a wider audience. Professor Philip K. Hitti of Princeton University writes in the foreword: Until recently Arabic studies in this country had been limited to the graduate level and confined to a few universities. Since World War II they have inched their way to the undergraduate curriculum of a small number of universities. But they are still top-heavy and anemic. They will so remain unless they send their roots deeper down into high schools and enlist the interest of a widening circle of nonspecialists. Hence the value of this work by Professor Chejne. It is a commendable attempt to introduce the Arabic language, with its features and problems, to students and nonspecialists, to tell the story of its dramatic evolution from a tribal dialect to one of the few carriers of world culture, to indicate its unique relation to the religion of Islam and its role in the development of modern Arab nationalism. The book, written in a language intelligible to the layman, sums up what is already known and presents the contribution of the author.