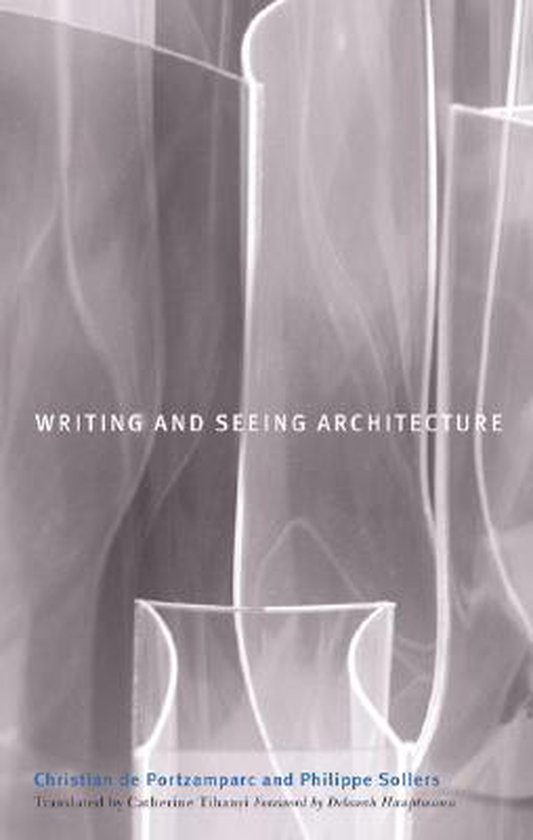 The creative forms of literature and architecture appear to be distinct, one constructing a world on the page, the other producing the world in which we live. It is a conscious act to read literature, but the effects of architecture can pass by unnoticed. Yet, despite such obvious differences, writers and architects share a dynamic with their readers and visitors that is unpredictably similar. Writing and Seeing Architecture unveils a candid conversation between Christian de Portzamparc, celebrated French architect, and influential theorist Philippe Sollers that challenges us to see the analogous nature of writing and architecture. Their fascinating discussion offers a renewal of visionary architectural thinking by invoking past literary ideals that sought to liberate society through the reinvention of writing itself. Urging that new rules be set for each creation rather than resorting to limitations of the capitalist society, the authors' daring confrontation of the interactions between writing and designing a space forcefully demonstrates the importance of intellectuals and practitioners intervening in the public sphere. Christian de Portzamparc is an architect whose designs include the French Embassy in Germany, the Cite de la Musique in Paris, and the LVMH Tower in New York City. He was winner of the Pritzker Architecture Prize in 1994. Philippe Sollers is a novelist and critic whose journal Tel Quel (1960-1982) published Jacques Derrida, Michel Foucault, and Bernard-Henri Levy. He is the author of many books, including The Park and Une Vie Divine. Catherine Tihanyi's translations include One Must Also Be Hungarian by Adam Biro and The Story of Lynx by Claude Levi-Strauss. Deborah Hauptmann is associate professor of architecture theory at Delft University of Technology, The Netherlands.