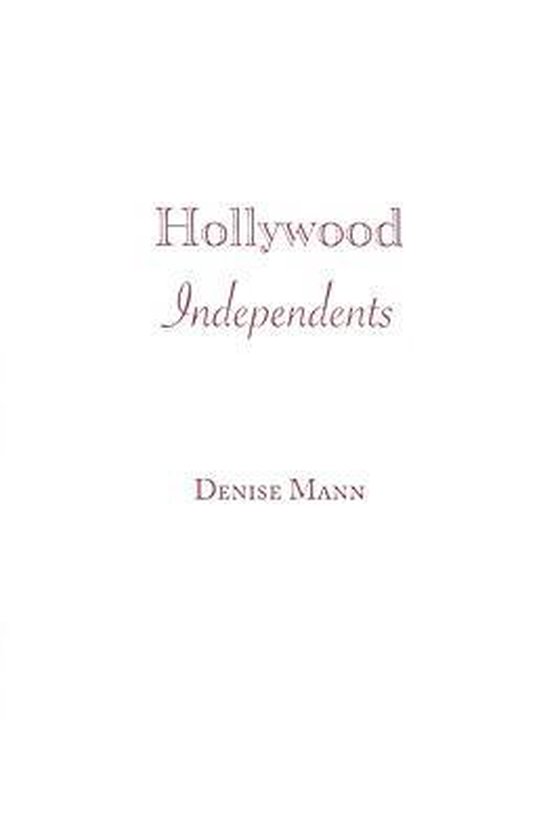 Hollywood Independents explores the crucial period from 1948 to 1962 when independent film producers first became key components of the modern corporate entertainment industry. Denise Mann examines the impact of the radically changed filmmaking climate-the decline of the studios, the rise of television, and the rise of potent talent agencies like MCA-on a group of prominent talent-turned-producers including Burt Lancaster, Joseph Mankiewicz, Elia Kazan, and Billy Wilder. In order to show how these newly independent filmmakers negotiated through an increasingly fraught, reactionary creative atmosphere, Mann analyzes the reflexive portraits of their altered working conditions in such films as A Face in the Crowd, Sweet Smell of Success, and Will Success Spoil Rock Hunter? These artists, she shows, took on the corporate middle-managers at television networks and talent agencies as a way of challenging the status quo without risking censorship or blacklisting. This period saw the evolution of film production from the studio-governed system to one of entrepreneurs. Out of this new arrangement, which encouraged greater creative freedom, emerged a nascent form of independent art cinema that sowed the seeds of the Hollywood Renaissance that followed. Denise Mann is associate professor of film, TV and digital media at UCLA. She is coeditor of Private Screenings: Television and the Female Consumer (Minnesota, 1992).