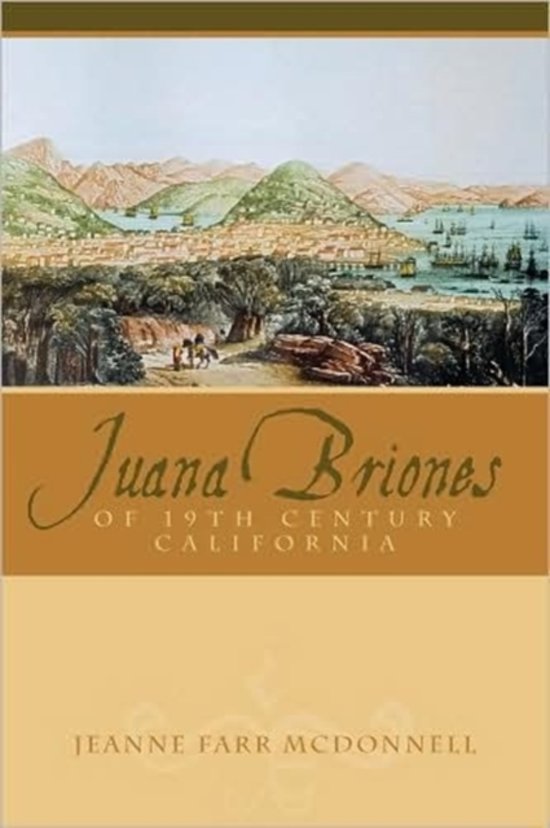 Juana Briones de Miranda lived an unusual life, which is wonderfully recounted in this highly accessible biography. She was one of the first residents of what is now San Francisco, then named Yerba Buena (Good Herb), reportedly after a medicinal tea she concocted. She was among the few women in California of her time to own property in her own name, and she proved to be a skilled farmer, rancher, and businesswoman. In retelling her life story, Jeanne Farr McDonnell also retells the history of nineteenth-century California from the unique perspective of this surprising woman. Juana Briones was born in 1802 and spent her early youth in Santa Cruz, a community of retired soldiers who had helped found Spanish California, Native Americans, and settlers from Mexico. In 1820, she married a cavalryman at the San Francisco Presidio, Apolinario Miranda. She raised her seven surviving sons and daughters and adopted an orphaned Native American girl. Drawing on knowledge she gained about herbal medicine and other cures from her family and Native Americans, she became a highly respected curandera, or healer. Juana set up a second home and dairy at the base of then Loma Alta, now Telegraph Hill, the first house in that area. After gaining a church-sanctioned separation from her abusive husband, she expanded her farming and cattle business in 1844 by purchasing a 4,400-acre ranch, where she built her house, located in the present city of Palo Alto. She successfully managed her extensive business interests until her death in 1889. Juana Briones witnessed extraordinary changes during her lifetime. In this fascinating book, readers will see California's history in a new and revelatory light.