Fields Of Power, Forests Of Discontent 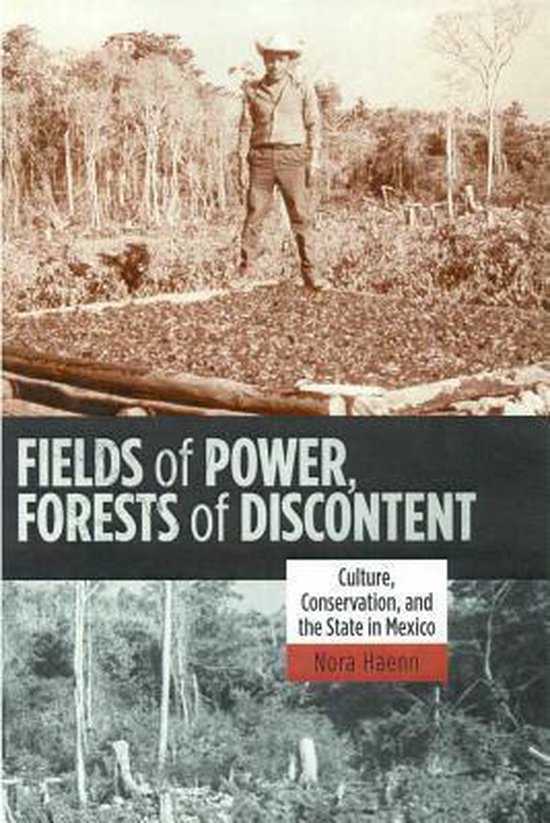 Enduring differences between protected areas and local people have produced few happy compromises, but at the Calakmul Biosphere Reserve in the southern Mexican state of Campeche, government agents and thousands of local people collaborated on an expansive program to alleviate these tensions—a conservation-development agenda that aimed to improve local people's standard of living while preserving natural resources. Calakmul is home to numerous endangered species and raises a common question: How can environmental managers and citizens reconcile competing ecological desires? For a brief time in the 1990s, collaborations at Calakmul were heralded as a vital example of melding local management, forest conservation, and economic development.

In Fields of Power, Forests of Discontent, Nora Haenn questions the rise and fall of this conservation program to examine conservation at the intersection of national-international agendas and local political-economic interests. While other assessments of such programs have typically focused on why they do or do not succeed, Haenn instead considers conservation's encounter with people's everyday lives—and how those experiences affect environmental management.

Haenn explores conservation and development from two perspectives: first regionally, to look at how people used conservation to create a new governing entity on a tropical frontier once weakly under national rule; then locally, focusing on personal histories and aspects of community life that shape people's daily lives, farming practices, and immersion in development programs—even though those programs ultimately fail to resolve economic frustrations. She identifies how key political actors, social movements, and identity politics contributed to the instability of the Calakmul alliance. Drawing on extensive interviews with Reserve staff, including its director, she connects regional trends to village life through accounts of disputes at ejido meetings and the failure of ejido development projects.

In the face of continued difficulty in creating a popular conservation in Calakmul, Haenn uses lessons from people's lives—history, livelihood, village organization, expectations—to argue for a ''sustaining conservation,'' one that integrates social justice and local political norms with a new, more robust definition of conservation. In this way, Fields of Power, Forests of Discontent goes beyond local ethnography to encourage creative discussion of conservation's impact on both land and people.