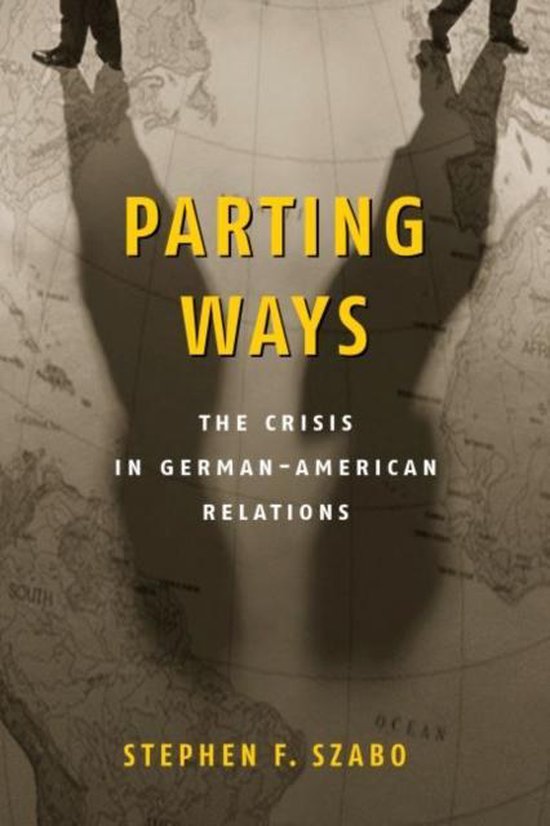 Germany and the United States entered the post-9/11 era as allies, but they will leave it as partners of convenience ?or even possibly as rivals.The first comprehensive examination of the German-American relationship written since the invasion of Iraq, Parting Ways is indispensable for those seeking to chart the future course of the transatlantic alliance.In early 2003, it became apparent that many nations, including close allies of the United States, would not participate in the U.S.-led coalition against Iraq. Despite the high-profile tension between the United States and France, some of the most bitter opposition came from Germany, marking the end not only of the German-American "special relationship," but also of the broader transatlantic relationship's preeminence in Western strategic thought.

Drawing on extensive research and personal interviews with decisionmakers and informed observers in both the United States and Germany, Stephen F. Szabo frames the clash between Gerhard Schröder and George W. Bush over U.S. policy in Iraq in the context of the larger changes shaping the relationship between the two countries. Szabo considers such longer-term factors as the decreasing strategic importance of the U.S.-German relationship for each nation in the post-cold war era, the emergence of a new German identity within Germany itself, and a U.S. foreign policy led by what is arguably the most ideological administration of the post-World War II era.