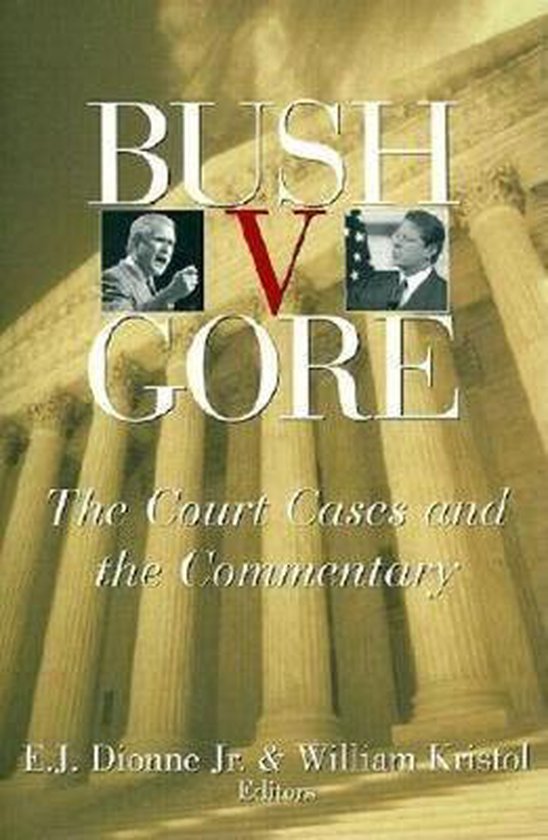 On December 12, 2000, a controversial decision by the Supreme Court of the United States effectively ended the disputed presidential contest between George W. Bush and Albert Gore Jr. with a 5-4 ruling that revealed the court to be as bitterly divided as the electorate. Four days earlier, the Florida Supreme Court had abruptly changed the dynamics of the election by reversing a lower court and ordering hand recounts of undervotes statewide. The U.S. Supreme Court quickly stepped in to halt the recounts and agreed to hear Bush v. Gore. After brief oral arguments and a short period of deliberation, the high court reversed the state court decision. The justices in both cases were bitterly divided, and passionate language emerged in both the majority rulings and the dissents. The drama and divisiveness of this extraordinary saga come to life in the rulings, opinions, and dissents from these two cases: U.S. Supreme Court case 00-949 (Bush v. Gore) and Florida Supreme Court case 00-2431 (Gore v. Harris). The first section of this volume gathers the complete text of both rulings, along with selections from oral arguments in the U.S. Supreme Court case. The second section of the book gathers the most significant opinion pieces from journalists and scholars on both sides of the political fence. Selected and organized by political analysts E.J. Dionne and William Kristol, these articles illuminate the perspectives of both sides about the various twists and turns in the post-election campaign, and the landmark judicial intervention. A companion website will provide links to documents from additional legal proceedings and other related documents and writings. The legal and historical significance of the 2000 election will be studied and debated for years to come. This volume combines the most important source documents with the most intelligent opinion and analysis about the conflict and its controversial resolution.