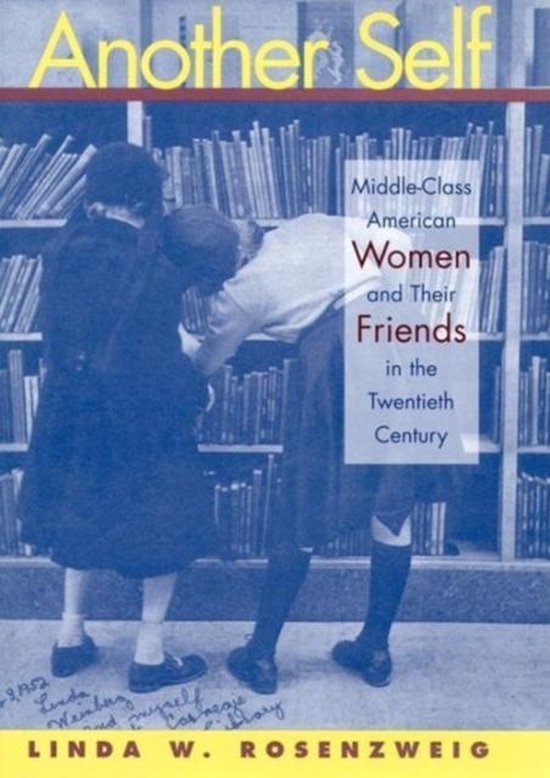 From nineteenth-century romantic friendships to childhood best friends and idealistic versions of feminist sisterhood, female friendship has been seen as an essential, sustaining influence on women's lives. Women are thought to have a special aptitude for making and keeping friends. But notions of friendship are not constant-and neither are women's experiences of this fundamental form of connection. In Another Self, Linda W. Rosenzweig sheds light on the changing nature of white middle-class American women's relationships during the coming of age of modern America. As the middle-class domesticity of the nineteenth century waned, a new emotional culture arose in the twentieth century and the intensely affectionate bonds between women of earlier decades were supplanted by new priorities: autonomy, careers, participation in an expanding consumer culture, and the expectation of fulfillment and companionship in marriage. An increased emphasis on heterosexual interactions and a growing stigmatization of close same-sex relationships fostered new friendship styles and patterns. Drawing on a wide range of primary sources including diaries, journals, correspondence, and popular periodicals, Rosenzweig uncovers the complex and intricate links between social and cultural developments and women's personal experiences of friendship.