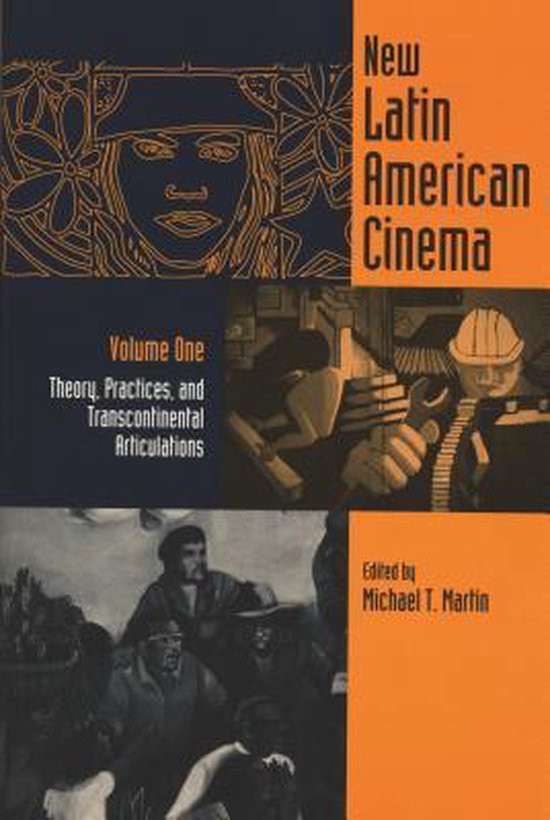 Mapping the historical and cultural contexts of film practices in Latin America, this two-volume collection of programmatic statements, essays and interviews is devoted to the study of a theorized, dynamic and unfinished cinematic movement. Forged by Latin America's post-colonial environment of underdevelopment and dependency, the New Latin American Cinema movement has sought to inscribe itself in Latin America's struggles for cultural and economic autonomy. Volume One - this work - explores the formation of the New Latin American Cinema movement, its national and continental implications (including the diasporic/exilic experience) and transcontinental articulations through the writings of pioneer film-makers and scholars. Glauber Rocha, Julio Garcia Espinosa, Jorge Sanjines, Fernando Solanas and Octavio Getino address the central question of the Latin American aesthetic - a particular style and production method connected with the political and social conditions and circumstances of Latin America. Ana Lopez, Julianne Burton and Michael Chanan examine the movement's formation in the 1950s and its development through the 1980s in a socio-historical context, paying special attention to modes of production and consumption. Paul Willemen assesses the movement's relevance to radical film practice and theory in the First and Third Worlds, and Antonio Skarmeta calls for a distribution network of Third World Cinema on a pan-European level. The volume concludes with essays by Ruby Rich and Zuzana M. Pick who address, from widely different approaches, the issues of the movement's adaptability, renovation and identity, in consideration of its evolution since the 1950s. Volume Two comprises essays on the development of the New Latin American Cinema as a comparative national project. Essays are grouped by nation into two regions - Middle and Central America and Caribbean and South America - for comparitive study, particularly between capitalist and post-revolutionary socialist formations. The selected essays examine the relationship between cinema and nationhood and the ambiguous categories of culture, identity and nation within the socio-historical specificities of the movement's development, especially in Cuba, Brazil, Mexico, Chile and Argentina. This collection should serve as an essential reference and research tool for the study of world cinema. The collection, while celebrating the diversity and innovation of the New Latin American Cinema, explicates the historical importance of filmmaking as a cultural form and political practice in Latin America.