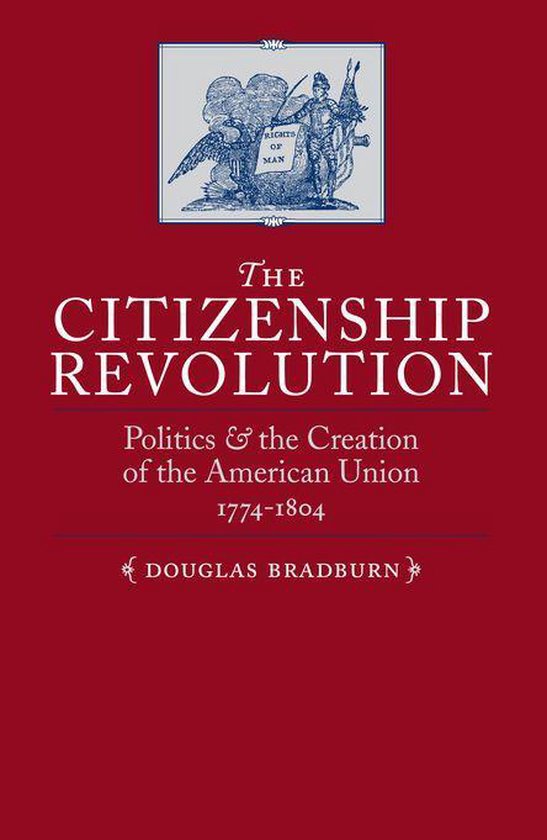 Most Americans believe that the ratification of the Constitution in 1788 marked the settlement of post-Revolutionary disputes over the meanings of rights, democracy, and sovereignty in the new nation. In The Citizenship Revolution, Douglas Bradburn undercuts this view by showing that the Union, not the Nation, was the most important product of independence.

In 1774, everyone in British North America was a subject of King George and Parliament. In 1776 a number of newly independent "states," composed of "American citizens" began cobbling together a Union to fight their former fellow countrymen. But who was an American? What did it mean to be a "citizen" and not a "subject"? And why did it matter?

Bradburn's stunning reinterpretation requires us to rethink the traditional chronologies and stories of the American Revolutionary experience. He places battles over the meaning of "citizenship" in law and in politics at the center of the narrative. He shows that the new political community ultimately discovered that it was not really a "Nation," but a "Union of States"-and that it was the states that set the boundaries of belonging and the very character of rights, for citizens and everyone else. To those inclined to believe that the ratification of the Constitution assured the importance of national authority and law in the lives of American people, the emphasis on the significance and power of the states as the arbiter of American rights and the character of nationhood may seem strange. But, as Bradburn argues, state control of the ultimate meaning of American citizenship represented the first stable outcome of the crisis of authority, allegiance, and identity that had exploded in the American Revolution-a political settlement delicately reached in the first years of the nineteenth century. So ended the first great phase of the American citizenship revolution: a continuing struggle to reconcile the promise of revolutionary equality with the pressing and sometimes competing demands of law, order, and the pursuit of happiness.