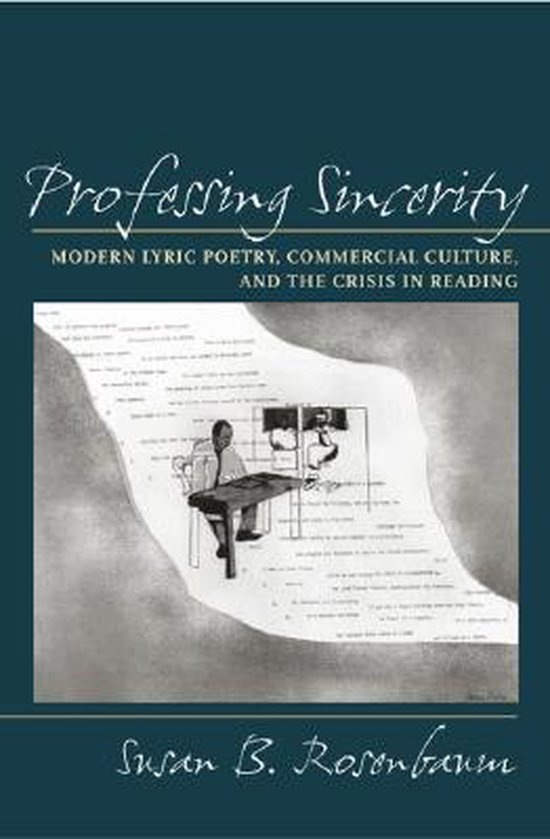 Sincerity - the claim that the voice, figure, and experience of a first-person speaker is that of the author - has dominated both the reading and the writing of Anglo-American poetry since the romantic era. Most critical studies have unheld an opposition between sincerity and the literary marketplace, contributing to the widespread understanding of the lyric poem as a moral refuge from the taint of commercial culture. Guided by the question of why we expect poetry to be sincere, Susan Rosenbaum reveals in Professing Sincerity: Modern Lyric Poetry, Commercial Culture, and the Crisis in Reading that, in fact, sincerity in the modern lyric was in many ways a product of commercial culture. As she demonstrates, poets who made a living from their writing both sold the moral promise that their lyrics were sincere and commented on this conflict in their work. Juxtaposing the poetry of Wordsworth and Frank O'Hara, Charlotte Smith and Sylvia Plath, and Anna Laetitia Barbauld and Elizabeth Bishop, Rosenbaum shows how on the one hand, through textual claims to sincerity poets addressed moral anxieties about the authenticity, autonomy, and transparency of literature written in and for a market. On the other hand, by performing their private lives and feelings in public, she argues, poets marketed the self, cultivated celebrity, and advanced professional careers. Not only a moral practice, professing sincerity was also good business. The author focuses on the history of this conflict in both British romantic and American post-1945 poetry. Professing Sincerity will appeal to students and scholars of Anglo-American lyric poetry, of the history of authorship, and of gender studies and commercial culture.