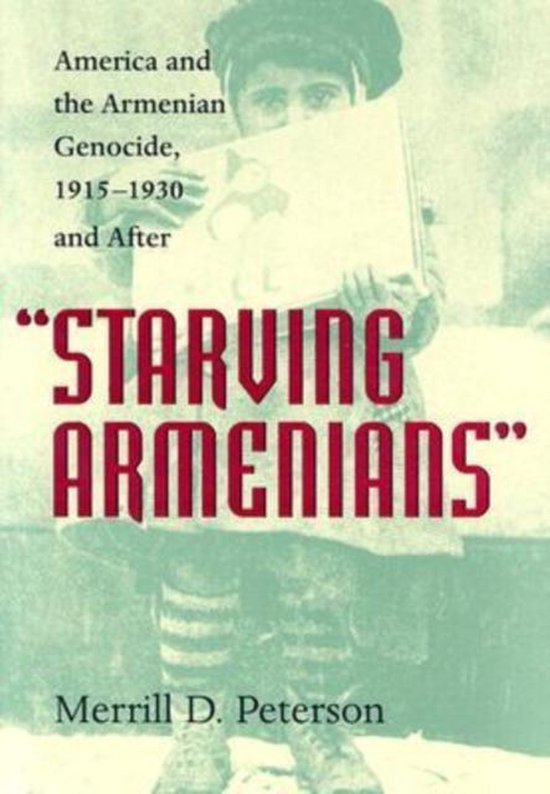 The persecution and suffering of the Armenian people, a religious and cultural minority in the Ottoman Empire, reached a peak in the era of World War I at the hands of the Turks. Between 1915 and 1925 as many as 1.5 million Armenian men, women, and children died in Ottoman Turkey, victims of execution, starvation, and death marches to the Syrian desert. In Starving Armenians, Merrill Peterson explores the American response to these atrocities, beginning with the initial reports to President Wilson from his Ambassador to the Ottoman Empire, Henry Morgenthau, who described Turkey as a place of horror. The West gradually began to take notice. As the New York Times carried stories about the slow massacre of a race, public outrage over this tragedy led to an unprecedented philanthropic crusade spearheaded by Near East Relief, an organization rooted in Protestant missionary endeavors in the Near East and dedicated to saving the survivors of the first genocide of the twentieth century. The book also addresses the Armenian aspirations for an independent republic under American auspices; these hopes went unfulfilled in the peacemaking after the war and ended altogether when Armenia was absorbed into the Soviet Union. Part of a generation who were admonished as children to remember the starving Armenians, Peterson went to Armenia in 1997 as a Peace Corps volunteer and became fascinated by the country's troubled history. The extensive research he embarked upon afterwards revealed not only the scope of the people's hardship and amazing resilience; it located in the American effort to help the Armenians a unique perspective on our own nation's experience of the twentieth century. Starving Armenians is an eloquent narrative of an all but forgotten part of that experience.